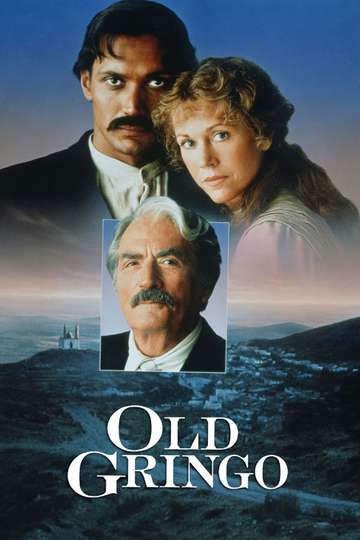 Looking to feast your eyes on 'Old Gringo' on your TV, phone, or tablet? Tracking down a streaming service to buy, rent, download, or view the Luis Puenzo-directed movie via subscription can be a challenge, so we here at Moviefone want to do right by you.

Read on for a listing of streaming and cable services - including rental, purchase, and subscription alternatives - along with the availability of 'Old Gringo' on each platform. Now, before we get into the various whats and wheres of how you can watch 'Old Gringo' right now, here are some finer points about the Fonda Films, Columbia Pictures drama flick.

Released October 6th, 1989, 'Old Gringo' stars Jane Fonda, Gregory Peck, Jimmy Smits, Patricio Contreras The R movie has a runtime of about 2 hr, and received a user score of 60 (out of 100) on TMDb, which put together reviews from 22 knowledgeable users.

What, so now you want to know what the movie’s about? Here's the plot: "When school teacher Harriet Winslow goes to Mexico to teach, she is kidnapped by Gen. Tomas Arroyo and his revolutionaries. An aging American, Ambrose "Old Gringo" Bierce also in Mexico, befriends Gen. Arroyo and meets Harriet. Bierce is a famous writer, who knowing that he is dying, wishes to keep his identity secret so he can determine his own fate. Though he likes Arroyo, Bierce tries to provoke the General's anger whenever possible in an attempt to get himself killed, thus avoiding suffering through his illness. Winslow is intrigued by both Bierce and Arroyo, and the men are in turn attracted to her. She becomes romantically involved with Arroyo. When Winslow learns of Bierce's true identity (a writer whose work she has loved and respected for years), she is singlemindedly determined to fulfill his dying wish. Written by E.W. DesMarais"