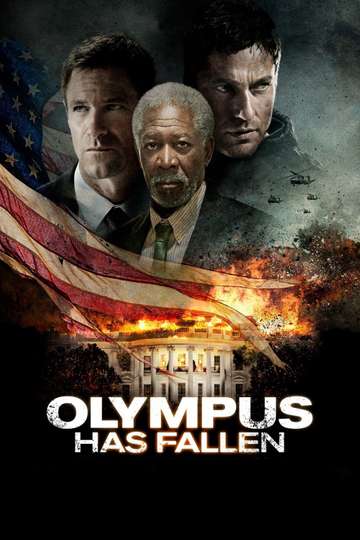 Want to watch 'Olympus Has Fallen' on your TV or mobile device at home? Hunting down a streaming service to buy, rent, download, or watch the Antoine Fuqua-directed movie via subscription can be a challenge, so we here at Moviefone want to help you out.

Read on for a listing of streaming and cable services - including rental, purchase, and subscription choices - along with the availability of 'Olympus Has Fallen' on each platform when they are available. Now, before we get into the fundamentals of how you can watch 'Olympus Has Fallen' right now, here are some finer points about the Millennium Films, G-BASE, Nu Image thriller flick.

Released March 22nd, 2013, 'Olympus Has Fallen' stars Gerard Butler, Aaron Eckhart, Finley Jacobsen, Dylan McDermott The R movie has a runtime of about 2 hr, and received a user score of 64 (out of 100) on TMDb, which compiled reviews from 5,604 top users.

You probably already know what the movie's about, but just in case... Here's the plot: "When the White House (Secret Service Code: "Olympus") is captured by a terrorist mastermind and the President is kidnapped, disgraced former Presidential guard Mike Banning finds himself trapped within the building. As the national security team scrambles to respond, they are forced to rely on Banning's inside knowledge to help retake the White House, save the President and avert an even bigger disaster."

A Good Day to Die Hard