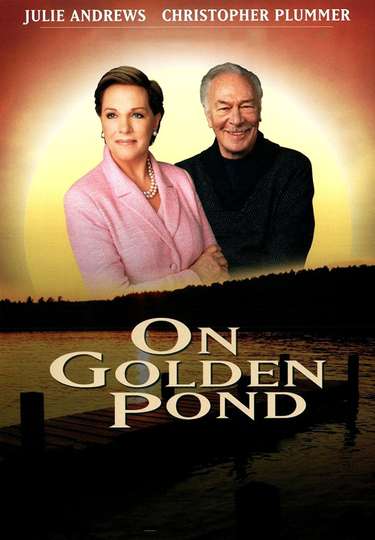 "A very rare modern day live TV drama with two legends."
PG 1 hr 40 minApr 29th, 2001Drama, TV Movie
Ethel and Norman Thayer are an old couple living "On Golden Pond". Their daughter, Chelsea, is 42 years old, and has never been married. She is dating a 45 year old dentist, and brings him up to Golden Pond to meet her parents. Her boyfriend, Bill, has a 14 year old son named Billy, who comes along. Young Billy has been virtually raised by his mother, who is newly divorced from his father. The troubled child is left with the elderly Thayers for some time, as his father and Chelsea take off for a tour of Europe. Character-driven story about an elderly man coming to terms with his age, and the nearing of death; a middle-aged woman attempting to enter into a father-daughter relationship with her dad, whom she has never known closely; and a young teenager dealing with parental divorce.
Show More
DirectorErnest Thompson
StarringJulie AndrewsChristopher PlummerGlenne Headly
Full Cast & CrewNews

Julie Andrews Is In 'Aquaman'? Here's Who She Plays