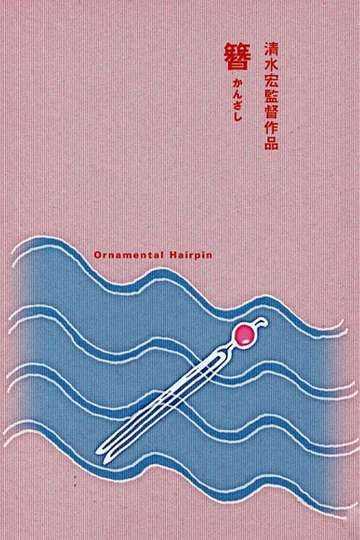 Want to watch 'Ornamental Hairpin' in the comfort of your own home? Hunting down a streaming service to buy, rent, download, or view the Hiroshi Shimizu-directed movie via subscription can be a challenge, so we here at Moviefone want to take the pressure off.

We've listed a number of streaming and cable services - including rental, purchase, and subscription alternatives - along with the availability of 'Ornamental Hairpin' on each platform when they are available. Now, before we get into the fundamentals of how you can watch 'Ornamental Hairpin' right now, here are some specifics about the Shochiku drama flick.

Released , 'Ornamental Hairpin' stars Kinuyo Tanaka, Hiroko Kawasaki, Tatsuo Saitō, Chishū Ryū The movie has a runtime of about 1 hr 11 min, and received a user score of 63 (out of 100) on TMDb, which assembled reviews from 11 knowledgeable users.

What, so now you want to know what the movie's about? Here's the plot: "Emi Ota and her friend Okiku stay briefly at a mountain inn and then return to Tokyo. Later, Nanmura, a soldier on leave, steps on an ornamental hairpin in the public bath at the inn. Emi writes to the inn saying she has lost a hairpin and, when she discovers that it injured Nanmura, returns to apologize. The longer term visitors at the inn meet together to discuss the hairpin incident. These include a grumpy Professor, a young couple Mr and Mrs Hiroyasu, and an old man staying with his two grandsons. They hope to see a romance blossom between Nanmura and Emi, after Nanmura declares that there is something almost poetic in finding a hairpin in the bath."

'Ornamental Hairpin' is currently available to rent, purchase, or stream via subscription on Criterion Channel, and Plex .