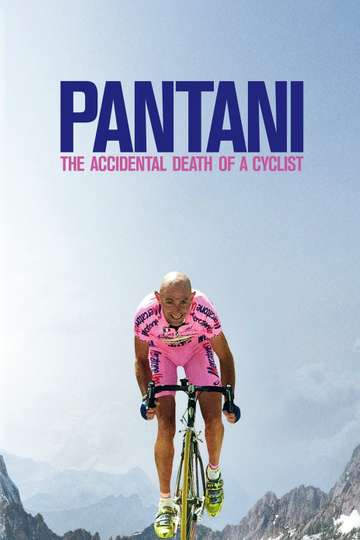 Pantani: The Accidental Death of a Cyclist (2015)Stream and Watch Online

Want to watch 'Pantani: The Accidental Death of a Cyclist' on your TV, phone, or tablet? Hunting down a streaming service to buy, rent, download, or watch the James Erskine-directed movie via subscription can be confusing, so we here at Moviefone want to do right by you.

Below, you'll find a number of top-tier streaming and cable services - including rental, purchase, and subscription choices - along with the availability of 'Pantani: The Accidental Death of a Cyclist' on each platform when they are available. Now, before we get into the fundamentals of how you can watch 'Pantani: The Accidental Death of a Cyclist' right now, here are some finer points about the New Black Films, Media Squared Films documentary flick.

Released June 16th, 2015, 'Pantani: The Accidental Death of a Cyclist' stars Nicola Amaducci, Evgeni Berzin, Romani Cenni, Sandro Donati The NR movie has a runtime of about 1 hr 36 min, and received a user score of 69 (out of 100) on TMDb, which put together reviews from 28 respected users.

You probably already know what the movie's about, but just in case... Here's the plot: "In 1998 Marco Pantani, the most flamboyant and popular cyclist of his era, won both the Tour de France and Giro d'Italia, a titanic feat of physical and mental endurance that no rider has repeated since. He was a hero to millions, the saviour of cycling following the doping scandals which threatened to destroy the sport. However, less than six years later, aged just 34, he died alone, in a cheap hotel room, from acute cocaine poisoning. He had been an addict for five years. This is the story of the tragic battles fought by the most important Italian cyclist of his generation; man verses mountain, athlete verses addiction, Marco Pantani verses himself." .

'Pantani: The Accidental Death of a Cyclist' Release Dates