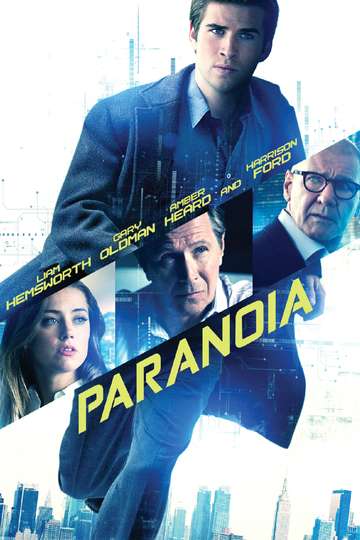 Fancy watching 'Paranoia' in the comfort of your own home? Discovering a streaming service to buy, rent, download, or watch the Robert Luketic-directed movie via subscription can be tricky, so we here at Moviefone want to do the work for you.

Below, you’ll find a number of top-tier streaming and cable services - including rental, purchase, and subscription alternatives - along with the availability of 'Paranoia' on each platform. Now, before we get into the fundamentals of how you can watch 'Paranoia' right now, here are some particulars about the Relativity Media, Gaumont, Kintop Pictures, Reliance Entertainment, IM Global, Demarest Films, EMJAG Productions, Film 360, E Stars Films drama flick.

Interested in knowing what the movie's about? Here's the plot: "An entry-level employee at a powerful corporation finds himself occupying a corner office, but at a dangerous price—he must spy on his boss's old mentor to secure for him a multi-billion dollar advantage."

Love and Honor
When a young soldier in Vietnam gets dumped by his hometown girl, he a...

2 Guns
A DEA agent and an undercover Naval Intelligence officer who have been...

That Awkward Moment
Best pals Jason and Daniel indulge in casual flings and revel in their...

Machete Kills
Ex-Federale agent Machete is recruited by the President of the United...

Breaking the Girls
A naive college student loses a scholarship at the hands of a classmat...

3 Days to Kill
A dangerous international spy is determined to give up his high stakes...

Kill for Me
Rent’s a bitch. And that is why, six months after her best friend went...

One More Time
Beautiful aspiring rock star Jude is stuck in a rut - relegated to rec...