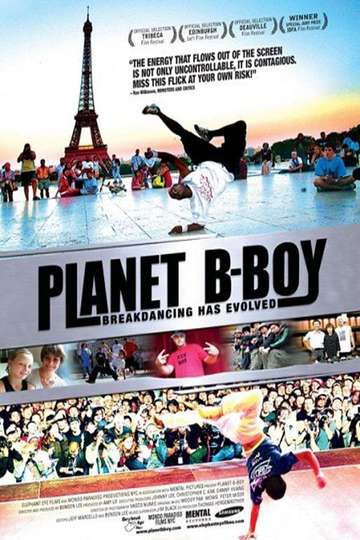 Need to watch 'Planet B-Boy' on your TV or mobile device at home? Hunting down a streaming service to buy, rent, download, or watch the Benson Lee-directed movie via subscription can be difficult, so we here at Moviefone want to do right by you.

We've listed a number of streaming and cable services - including rental, purchase, and subscription options - along with the availability of 'Planet B-Boy' on each platform when they are available. Now, before we get into all the details of how you can watch 'Planet B-Boy' right now, here are some specifics about the documentary flick.

Want to know what the movie's about? Here's the plot: "Think breakdancing died in the eighties? Think again. PLANET B-BOY is a feature-length, theatrical documentary that re-discovers one of the most incredible dance phenomena the world has ever seen. Originally known as "B-boying", breakdancing was an urban dance form that originated from the streets of New York City during the seventies."

'Planet B-Boy' is currently available to rent, purchase, or stream via subscription on Apple iTunes, Google Play Movies, and YouTube .

B. Monkey
"Trouble never looked so good."
Z-O-M-B-I-E-S 2
"There's a new pack in town"
Anita B.
Plan B
American Pie Presents: Band Camp
"This One Time at Band Camp..."
Bandits
"Two's company, three's a crime."
B-Girl
B&B
"They made their bed… now they have to die in it."
Plan B: True
"skateboard, skateboarding, sport, extreme sport, skate, Plan B True, Plan B"
Point B
"The Science Hits the Fan"

Bandslam
"Band Together"
Bandidas
"Being BAD never looked so GOOD!"
Black Mirror: Bandersnatch
Band Aid
"Misery loves accompaniment"
Anne B. Real
Cecil B. Demented
"Demented Forever!"
Bandit Bandit
Bandolero!
"There are "Westerns" and "Westerns". Every now and then comes a NEW kind of Western. This is "BANDOLERO!"."
Z-O-M-B-I-E-S
"At Seabrook High, it's Zoms vs. Poms"