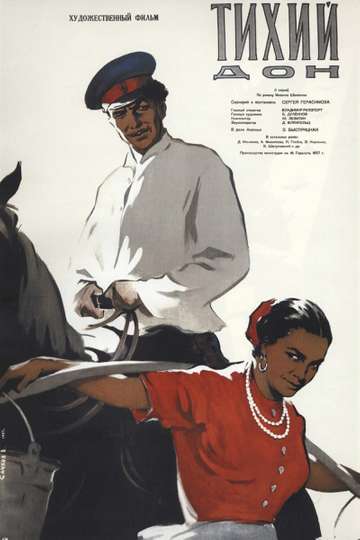 "The epic film based on Mikhail Sholokhov's classic novel in COLOR"
TMDb Score
66
NR 5 hr 40 minDrama, History
Based on the novel of the same name by Mikhail Sholokhov, about the fate of people broken by the First World War, the October Revolution of 1917 and the Civil War in Russia (1917-1922), about the collapse of the foundations and ideals of the Don Cossacks of Russia at the beginning of the XX century, about the personal tragedy of the protagonist — Grigoriy Melekhov.
Show More
DirectorSergei Gerasimov
StarringDaniil IlchenkoAnastasiya FilippovaPyotr Glebov
Full Cast & Crew