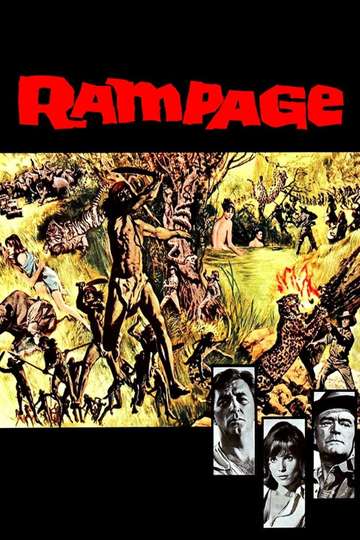 Yearning to watch 'Rampage' on your TV, phone, or tablet? Hunting down a streaming service to buy, rent, download, or watch the Phil Karlson-directed movie via subscription can be confusing, so we here at Moviefone want to help you out.

Below, you'll find a number of top-tier streaming and cable services - including rental, purchase, and subscription alternatives - along with the availability of 'Rampage' on each platform when they are available. Now, before we get into the nitty-gritty of how you can watch 'Rampage' right now, here are some specifics about the Talbot Productions, Seven Arts Productions adventure flick.

Released October 9th, 1963, 'Rampage' stars Robert Mitchum, Elsa Martinelli, Jack Hawkins, Sabu The movie has a runtime of about 1 hr 38 min, and received a user score of 53 (out of 100) on TMDb, which compiled reviews from 6 respected users.

Want to know what the movie's about? Here's the plot: "In colonial Malaysia, British big game-hunter Otto Abbot and American trapper Harry Stanton clash over the ethics of catching versus killing animals and over Abbot's mistress, Anna."

Fullmetal Alchemist: The Revenge of Scar