Dwayne Douglas Johnson, also known as the Rock, one of the greatest wrestlers of all time, became the world's highest-grossing actor. Here are Dwayne Johnson's best movies to watch.

Dwayne Johnson's latest action comedy 'Red Notice' with co-stars Ryan Reynolds and Gal Gadot is coming to Netflix on November 12, 2021. The movie is written and directed by Rawson Marshall Thurber. This is Dwayne Johnson's third project with Thurber after the movies 'Central Intelligence' and 'Skyscraper'. 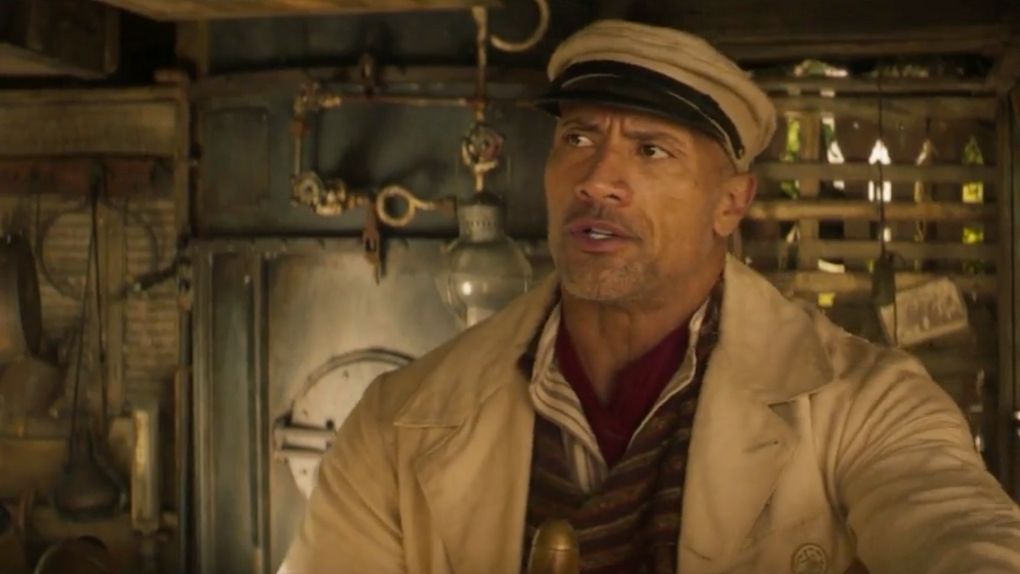 Dr. Lily Houghton (Emily Blunt) travels from London, England to the Amazon jungle and enlists Frank Wolff's (Dwayne Johnson) questionable services to guide her downriver on La Quila his ramshackle-but-charming boat. Lily is determined to uncover an ancient tree with unparalleled healing abilities possessing the power to change the future of medicine.

Thrust on this epic quest together, the unlikely duo encounters innumerable dangers and supernatural forces, all lurking in the deceptive beauty of the lush rainforest. But as the secrets of the lost tree unfold, the stakes reach even higher for Lily and Frank and their fate and mankinds hangs in the balance.

Ever since US Diplomatic Security Service Agent Hobbs and lawless outcast Shaw first faced off, they just have traded smack talk and body blows. But when cyber-genetically enhanced anarchist Brixton's ruthless actions threaten the future of humanity, they join forces to defeat him.

As the gang return to Jumanji to rescue one of their own, they discover that nothing is as they expect. The players will have to brave parts unknown and unexplored in order to escape the world’s most dangerous game.

The tables are turned as four teenagers are sucked into Jumanji's world - pitted against rhinos, black mambas and an endless variety of jungle traps and puzzles. To survive, they'll play as characters from the game.

Teenagers at a juvenile detention center, under the leadership of their counselor, gain self-esteem by playing football together.

Primatologist Davis Okoye shares an unshakable bond with George, the extraordinarily intelligent, silverback gorilla who has been in his care since birth. But a rogue genetic experiment gone awry mutates this gentle ape into a raging creature of enormous size. To make matters worse, it’s soon discovered there are other similarly altered animals. As these newly created alpha predators tear across North America, destroying everything in their path, Okoye teams with a discredited genetic engineer to secure an antidote, fighting his way through an ever-changing battlefield, not only to halt a global catastrophe but to save the fearsome creature that was once his friend.

Dwayne Johnson stars as former FBI Hostage Rescue Team leader and U.S. war veteran Will Sawyer, who now assesses security for skyscrapers. On assignment in China he finds the tallest, safest building in the world suddenly ablaze, and he's been framed for it. A wanted man on the run, Will must find those responsible, clear his name and somehow rescue his family who is trapped inside the building...above the fire line.

After he reunites with an old pal through Facebook, a mild-mannered accountant is lured into the world of international espionage.

Construction company owner John Matthews learns that his estranged son, Jason, has been arrested for drug trafficking. Facing an unjust prison sentence for a first time offender courtesy of mandatory minimum sentence laws, Jason has nothing to offer for leniency in good conscience. Desperately, John convinces the DEA and the opportunistic DA Joanne Keeghan to let him go undercover to help make arrests big enough to free his son in return. With the unwitting help of an ex-con employee, John enters the narcotics underworld where every move could be his last in an operation that will demand all his resources, wits and courage to survive.

Unlike their heroic counterparts on the force, desk-bound NYPD detectives Gamble and Hoitz garner no headlines as they work day to day. When a seemingly minor case turns out to be a big deal, the two cops get the opportunity to finally prove to their comrades that they have the right stuff.