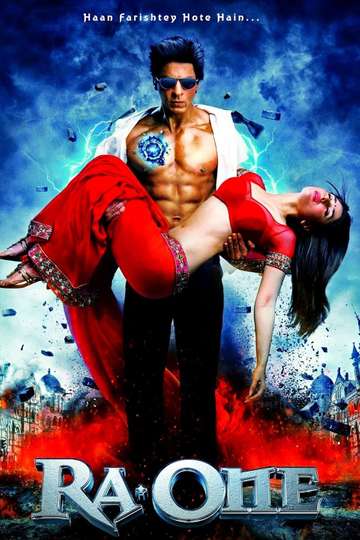 "Yes, angels do exist!"
TMDb Score
56
NR 2 hr 36 minOct 26th, 2011Science Fiction, Action, Adventure
Following his son's suggestion, a video game designer creates an action game where the villain has artificial intelligence and is stronger the protagonist. Trouble begins when the creator's son is forced to quit the game in between, much to the disappointment of the game's shape-shifting villain who then comes to life using a newly invented technology. The player now must escape him or else he might get killed, something only the game's less powerful protagonist can prevent from happening.
Show More
DirectorAnubhav Sinha
StarringShah Rukh KhanArjun RampalKareena Kapoor Khan
Movie DetailsWhere to WatchFull Cast & Crew

Don
DCP DeSilva sees a way to bring to justice the feared head of a crimin...

Bodyguard
Lovely Singh is extremely respectful of Mr Rana and his daughter Divya...

Heyy Babyy
Three handsome Sydney bachelors Aroush, Tanmay and Al – are having the...

Karan Arjun
Karan and Arjun reincarnate in the different parts of the country. But...

Rab Ne Bana Di Jodi
A lonely 40-ish man, likely to remain a bachelor, has a chance to find...