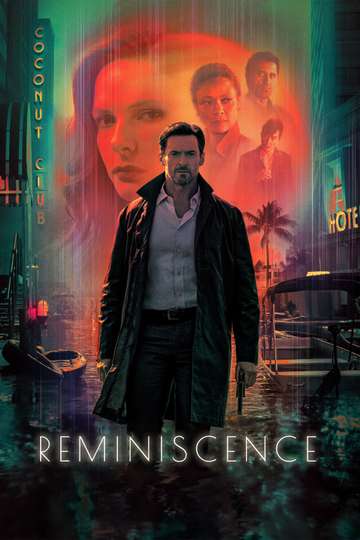 Looking to watch 'Reminiscence' on your TV, phone, or tablet? Tracking down a streaming service to buy, rent, download, or watch the Lisa Joy-directed movie via subscription can be difficult, so we here at Moviefone want to do the work for you.

Read on for a listing of streaming and cable services - including rental, purchase, and subscription choices - along with the availability of 'Reminiscence' on each platform. Now, before we get into the various whats and wheres of how you can watch 'Reminiscence' right now, here are some particulars about the FilmNation Entertainment, Michael De Luca Productions, Kilter Films science fiction flick.

Released August 20th, 2021, 'Reminiscence' stars Hugh Jackman, Rebecca Ferguson, Thandiwe Newton, Cliff Curtis The PG-13 movie has a runtime of about 1 hr 56 min, and received a user score of 70 (out of 100) on TMDb, which assembled reviews from 878 top users.

You probably already know what the movie's about, but just in case... Here's the plot: "Nicolas Bannister, a rugged and solitary veteran living in a near-future Miami flooded by rising seas, is an expert in a dangerous occupation: he offers clients the chance to relive any memory they desire. His life changes when he meets a mysterious young woman named Mae. What begins as a simple matter of lost and found becomes a passionate love affair. But when a different client's memories implicate Mae in a series of violent crimes, Bannister must delve through the dark world of the past to uncover the truth about the woman he fell for."

Free Guy
A bank teller called Guy realizes he is a background character in an o...

Vacation Friends
When a straight-laced couple that has fun with a rowdy couple on vacat...

The Protégé
Rescued as a child by the legendary assassin Moody and trained in the...

Beckett
While vacationing in Greece, Beckett, becomes the target of a manhunt...

The Suicide Squad
Welcome to hellâ€”a.k.a. Belle Reve, the prison with the highest morta...

Respect
Following the rise of Aretha Franklinâ€™s career from a child singing...

Infinite
Evan McCauley has skills he never learned and memories of places he ha...