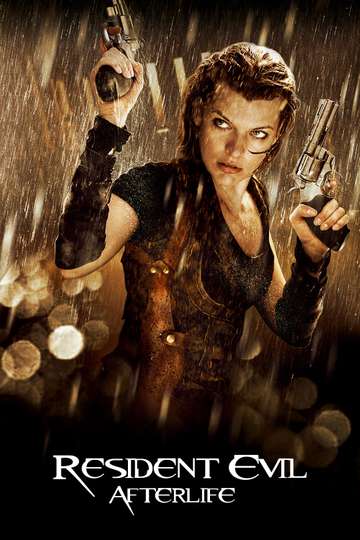 Need to watch 'Resident Evil: Afterlife' on your TV or mobile device at home? Searching for a streaming service to buy, rent, download, or view the Paul W. S. Anderson-directed movie via subscription can be tricky, so we here at Moviefone want to do the heavy lifting.

Below, you’ll find a number of top-tier streaming and cable services - including rental, purchase, and subscription choices - along with the availability of 'Resident Evil: Afterlife' on each platform. Now, before we get into the fundamentals of how you can watch 'Resident Evil: Afterlife' right now, here are some details about the Screen Gems, Impact Pictures, Davis Films, Constantin Film adventure flick.

Released September 10th, 2010, 'Resident Evil: Afterlife' stars Milla Jovovich, Wentworth Miller, Ali Larter, Kim Coates The R movie has a runtime of about 1 hr 37 min, and received a user score of 61 (out of 100) on TMDb, which put together reviews from 2,937 well-known users.

You probably already know what the movie's about, but just in case... Here's the plot: "In a world ravaged by a virus infection, turning its victims into the Undead, Alice continues on her journey to find survivors and lead them to safety. Her deadly battle with the Umbrella Corporation reaches new heights, but Alice gets some unexpected help from an old friend. A new lead that promises a safe haven from the Undead takes them to Los Angeles, but when they arrive the city is overrun by thousands of Undead - and Alice and her comrades are about to step into a deadly trap."

Resident Evil: Apocalypse
As the city is locked down under quarantine, Alice finds out that the...

The Fast and the Furious
Dominic Toretto is a Los Angeles street racer suspected of mastermindi...

Lara Croft: Tomb Raider - The Cradle of Life
Lara Croft ventures to an underwater temple in search of the mythologi...

Underworld: Evolution
As the war between the vampires and the Lycans rages on, Selene, a for...

22 Things You Never Knew About 'The Fifth Element'