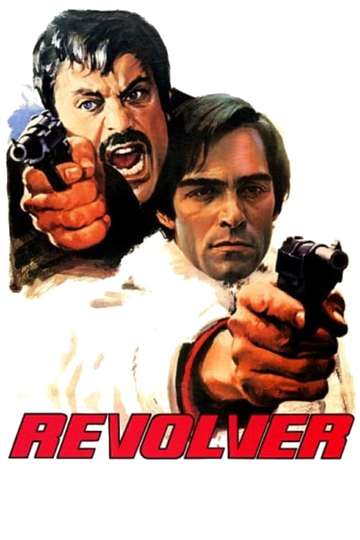 Fancy watching 'Revolver' in the comfort of your own home? Hunting down a streaming service to buy, rent, download, or view the Sergio Sollima-directed movie via subscription can be difficult, so we here at Moviefone want to do the work for you.

Read on for a listing of streaming and cable services - including rental, purchase, and subscription choices - along with the availability of 'Revolver' on each platform. Now, before we get into the nitty-gritty of how you can watch 'Revolver' right now, here are some details about the SociÃ©tÃ© Nouvelle de CinÃ©matographie, Mega Film, Dieter Geissler Filmproduktion crime flick.

Released , 'Revolver' stars Fabio Testi, Oliver Reed, Paola Pitagora, Agostina Belli The movie has a runtime of about 1 hr 50 min, and received a user score of 68 (out of 100) on TMDb, which assembled reviews from 28 well-known users.

Curious to know what the movie's about? Here's the plot: "An Italian prison official's wife is kidnapped, and the kidnappers demand that a notorious prisoner be released in order for the man to get his wife back. He gets the man released - but then kidnaps him himself, in order to ensure that the man's colleagues don't kill his wife. Enraged, the gang sets out to free their compatriot and kill the man who took him."

'Revolver' is currently available to rent, purchase, or stream via subscription on Amazon Video, and Tubi TV .

Dragged Across Concrete
Two policemen, one an old-timer, the other his volatile younger partne...