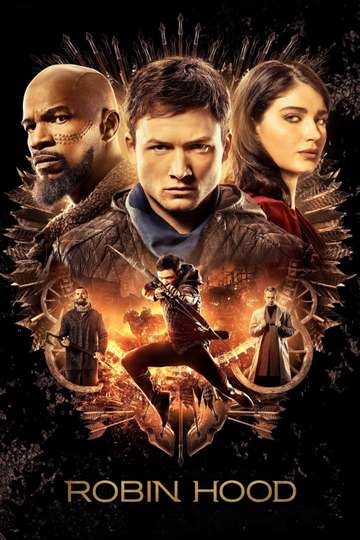 Want to watch 'Robin Hood' on your TV or mobile device at home? Finding a streaming service to buy, rent, download, or watch the Otto Bathurst-directed movie via subscription can be a challenge, so we here at Moviefone want to do the work for you.

Below, you’ll find a number of top-tier streaming and cable services - including rental, purchase, and subscription options - along with the availability of 'Robin Hood' on each platform. Now, before we get into the nitty-gritty of how you can watch 'Robin Hood' right now, here are some specifics about the Appian Way, Safehouse Pictures, Summit Entertainment, Thunder Road, TIK Films, French Tax Credit, EMG Management, Emperor Motion Pictures action flick.

Interested in knowing what the movie's about? Here's the plot: "A war-hardened Crusader and his Moorish commander mount an audacious revolt against the corrupt English crown."

Mile 22
An elite group of American operatives, aided by a top-secret tactical...

The House with a Clock in Its Walls
When ten-year-old Lewis is suddenly orphaned, he is sent to live with...

Ant-Man and the Wasp
Just when his time under house arrest is about to end, Scott Lang once...

Overlord
France, June 1944. On the eve of D-Day, some American paratroopers fal...

Captain Marvel
The story follows Carol Danvers as she becomes one of the universe’s m...

Skyscraper
Framed and on the run, a former FBI agent must save his family from a...