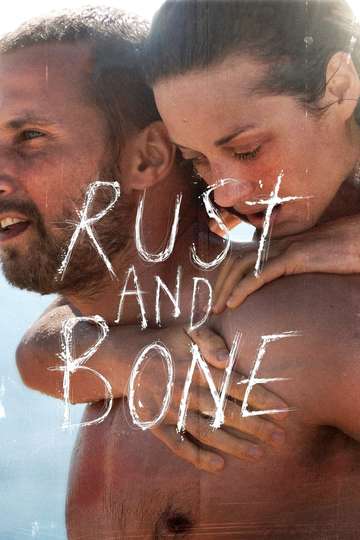 Looking to feast your eyes on 'Rust and Bone' in the comfort of your own home? Tracking down a streaming service to buy, rent, download, or watch the Jacques Audiard-directed movie via subscription can be difficult, so we here at Moviefone want to do right by you.

We've listed a number of streaming and cable services - including rental, purchase, and subscription alternatives - along with the availability of 'Rust and Bone' on each platform when they are available. Now, before we get into the nitty-gritty of how you can watch 'Rust and Bone' right now, here are some finer points about the France 2 Cinéma, Canal+, Why Not Productions, RTBF, Les Films du Fleuve, Vlaams Audiovisueel fonds, France Télévisions, Ciné+, Page 114, Lumière, Lunanime, Centre du Cinéma et de l'Audiovisuel de la Fédération Wallonie-Bruxelles, VOO, Région Provence-Alpes-Côte d'Azur, Département des Alpes-Maritimes, Casa Kafka Pictures Movie Tax Shelter Empowered by Dexia drama flick.

Released November 23rd, 2012, 'Rust and Bone' stars Marion Cotillard, Matthias Schoenaerts, Armand Verdure, Céline Sallette The R movie has a runtime of about 2 hr 3 min, and received a user score of 72 (out of 100) on TMDb, which assembled reviews from 1,189 experienced users.

What, so now you want to know what the movie's about? Here's the plot: "Put in charge of his young son, Ali leaves Belgium for Antibes to live with his sister and her husband as a family. Ali's bond with Stephanie, a killer whale trainer, grows deeper after Stephanie suffers a horrible accident."

My King
From the Land of the Moon
A Woman Under the Influence
Dheepan
"When the war continues to rage in your heart and mind"
Leila
La Vie en Rose
"The Extraordinary Story of Edith Piaf."
The Players
Love Me If You Dare
"When is love a game, and when is it not?"
Me, Myself and Mum
The Misfortunates
Mommy
"Loving people doesn't save them"
Two Days, One Night
"A quest for self-improvement"
Love Lasts Three Years
Little White Lies
"The one thing friends can't escape is a few home truths."

Polisse
Heartbreaker
"He's broken every heart except his own… until now."
A Prophet
"Escaping the prison of life."