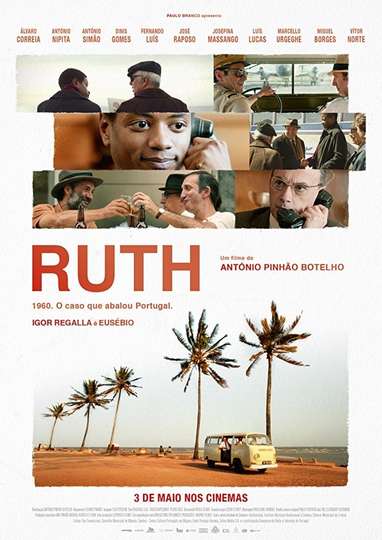 Want to behold the glory that is 'Ruth' in the comfort of your own home? Hunting down a streaming service to buy, rent, download, or watch the António Pinhão Botelho-directed movie via subscription can be a huge pain, so we here at Moviefone want to do right by you.

Read on for a listing of streaming and cable services - including rental, purchase, and subscription options - along with the availability of 'Ruth' on each platform. Now, before we get into the nitty-gritty of how you can watch 'Ruth' right now, here are some details about the Leopardo Filmes, APM - Ana Pinhão Moura Produções, Mapiko Filmes drama flick.

Released , 'Ruth' stars Igor Regalla, Josefina Massango, Afonso Lagarto, Guilherme Gomes The movie has a runtime of about 2 hr, and received a user score of 67 (out of 100) on TMDb, which put together reviews from 3 well-known users.

Interested in knowing what the movie's about? Here's the plot: "This is the story of a young Mozambican footballer called Eusébio, a gifted athlete destined to great achievements, coveted by rival clubs, Sporting and Benfica, which ends up hiring him. Blackmail, kidnapping attempts, ministers involved, press hysteria and huge money offers make the story of this football transfer into a saga evolving between the two continents. It ends up when the legend begins: with Eusébio’s first match at the Benfica Stadium."

'Ruth' is currently available to rent, purchase, or stream via subscription on Hoopla .