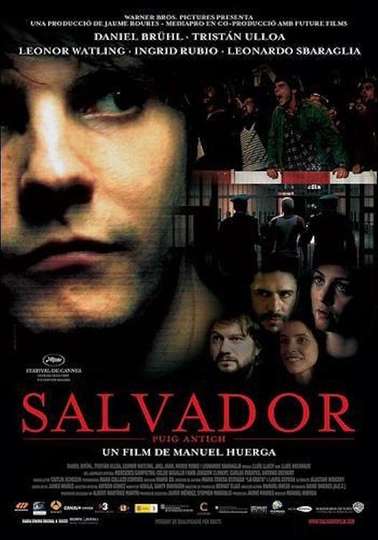 Yearning to watch 'Salvador (Puig Antich)' on your TV or mobile device at home? Searching for a streaming service to buy, rent, download, or watch the Manuel Huerga-directed movie via subscription can be confusing, so we here at Moviefone want to do right by you.

Below, you'll find a number of top-tier streaming and cable services - including rental, purchase, and subscription choices - along with the availability of 'Salvador (Puig Antich)' on each platform when they are available. Now, before we get into the nitty-gritty of how you can watch 'Salvador (Puig Antich)' right now, here are some particulars about the Future Film Group, Mediapro drama flick.

Released May 23rd, 2006, 'Salvador (Puig Antich)' stars Daniel Brühl, Tristán Ulloa, Leonardo Sbaraglia, Leonor Watling The movie has a runtime of about 2 hr 17 min, and received a user score of 67 (out of 100) on TMDb, which put together reviews from 49 top users.

You probably already know what the movie's about, but just in case... Here's the plot: "The story of Salvador Puig Antich, one of the last political prisoners to be executed under Franco's Fascist State in 1974." .