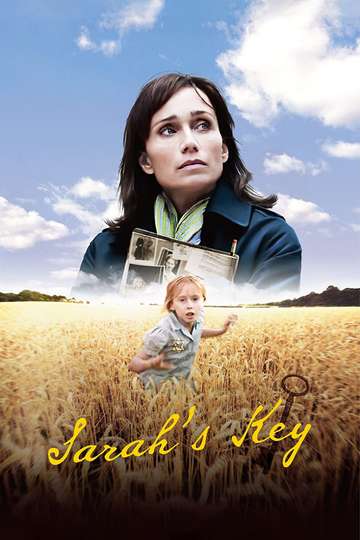 Fancy watching 'Sarah's Key' on your TV or mobile device at home? Hunting down a streaming service to buy, rent, download, or watch the Gilles Paquet-Brenner-directed movie via subscription can be confusing, so we here at Moviefone want to do the work for you.

We've listed a number of streaming and cable services - including rental, purchase, and subscription options - along with the availability of 'Sarah's Key' on each platform when they are available. Now, before we get into the various whats and wheres of how you can watch 'Sarah's Key' right now, here are some particulars about the France 2 Cinéma, Canal+, Studio 37, TPS Star, France Télévisions, TF1 Droits Audiovisuels, La Région Île-de-France, Hugo Productions, A Plus Image drama flick.

Released July 22nd, 2011, 'Sarah's Key' stars Kristin Scott Thomas, Mélusine Mayance, Niels Arestrup, Frédéric Pierrot The PG-13 movie has a runtime of about 1 hr 51 min, and received a user score of 73 (out of 100) on TMDb, which assembled reviews from 623 respected users.

Want to know what the movie's about? Here's the plot: "On the night of 16 July 1942, ten year old Sarah and her parents are being arrested and transported to the Velodrome d'Hiver in Paris where thousands of other jews are being sent to get deported. Sarah however managed to lock her little brother in a closet just before the police entered their apartment. Sixty years later, Julia Jarmond, an American journalist in Paris, gets the assignment to write an article about this raid, a black page in the history of France. She starts digging archives and through Sarah's file discovers a well kept secret about her own in-laws."

My First Time
Declaration of War
The Beat That My Heart Skipped
"Can music tame the raging soul?"

The Boy in the Striped Pyjamas
"Lines may divide us, but hope will unite us."
Hunting and Gathering
"Love might be closer than you think."
Trust
"What took her family years to build, a stranger stole in an instant."
Little Nicholas
The Wave
LOL (Laughing Out Loud)
The Old Gun
The Fox and the Child
Don't Worry, I'm Fine
Welcome to the Sticks
The Chorus
The Round Up
"An incredible real story of courage and survival."

17 Girls
Breathe
War of the Buttons
"The French Resistance came in all shapes and sizes."

The Book Thief
"Courage beyond words."
Joyeux Noel
"Without an enemy there can be no war."
All That Glitters