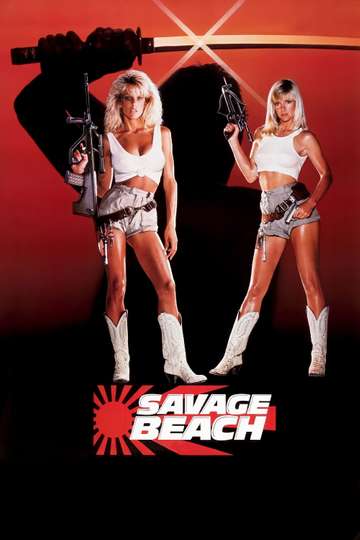 Need to watch 'Savage Beach' in the comfort of your own home? Finding a streaming service to buy, rent, download, or watch the Andy Sidaris-directed movie via subscription can be difficult, so we here at Moviefone want to take the pressure off.

Read on for a listing of streaming and cable services - including rental, purchase, and subscription options - along with the availability of 'Savage Beach' on each platform when they are available. Now, before we get into all the details of how you can watch 'Savage Beach' right now, here are some details about the Malibu Bay Films action flick.

Released October 1st, 1989, 'Savage Beach' stars Dona Speir, Hope Marie Carlton, John Aprea, Bruce Penhall The R movie has a runtime of about 1 hr 32 min, and received a user score of 44 (out of 100) on TMDb, which assembled reviews from 34 well-known users.

What, so now you want to know what the movie's about? Here's the plot: "Donna and Taryn are federal drug enforcement agents based in the Hawaiian isles. Upon the success of a drug bust, they receive a call from Shane Aviation to fly an emergency package of vaccine from Molokai to Knox Island. Unbeknownst to them, Philippine representative Martinez has convinced Captain Andreas to use a reconnaissance satellite to locate a sunken ship laden with gold that the Japanese had pilfered during World War II. Meanwhile, a storm forces Donna and Taryn to land their plane on a remote island which harbors the gold. The hijinks ensue when they are joined by a host of nefarious types who have learned of the gold’s location."

'Savage Beach' is currently available to rent, purchase, or stream via subscription on Amazon Video, Alamo on Demand, Tubi TV, and Pluto TV .