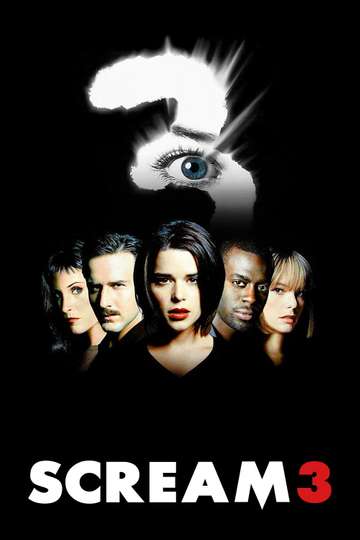 Fancy watching 'Scream 3' on your TV, phone, or tablet? Tracking down a streaming service to buy, rent, download, or watch the Wes Craven-directed movie via subscription can be confusing, so we here at Moviefone want to take the pressure off.

We've listed a number of streaming and cable services - including rental, purchase, and subscription choices - along with the availability of 'Scream 3' on each platform when they are available. Now, before we get into the nitty-gritty of how you can watch 'Scream 3' right now, here are some finer points about the Konrad Pictures, Craven-Maddalena Films, Dimension Films mystery flick.

Released February 3rd, 2000, 'Scream 3' stars David Arquette, Neve Campbell, Courteney Cox, Patrick Dempsey The R movie has a runtime of about 1 hr 56 min, and received a user score of 59 (out of 100) on TMDb, which assembled reviews from 2,676 knowledgeable users.

Want to know what the movie's about? Here's the plot: "As bodies begin dropping around the set of ‘Stab 3’ — a movie sequel based on the gruesome Woodsboro killings — Sidney, Gale and Dewey are once again drawn into a game of horror movie mayhem."

The Final Destination
"Rest In Pieces."
Scream 4
"New decade. New rules."
Fear Of Clowns
Bloody Mary
"To Release the Greatest Evil, All You Have to Do is Say Her Name"

Final Destination 3
"This ride will be the death of you."
Scream 2
"Someone has taken their love of sequels one step too far."
I Still Know What You Did Last Summer
"Someone is dying for a second chance."
Martini Ranch: Reach
"'Guess This Ain't Your Lucky Day!"
Halloween: Resurrection
"Evil finds its way home"
Halloween
"Evil has a destiny."
Final Destination 2
"Death is like a boomerang. it keeps coming back."

I Know What You Did Last Summer
"If you're going to bury the truth, make sure it stays buried."

Scream
"Someone has taken their love of scary movies one step too far."
Final Destination
"No accidents. No coincidences. No escapes."
Mr. Halloween
"Trick or Treat ... You're Dead Meat!"
Halloween H20: 20 Years Later
"Blood is thicker than Water."
Biotherapy
Skull: The Mask
"A killer hunt for revenge."
Halloween: The Curse of Michael Myers
"Terror Never Rests in Peace"