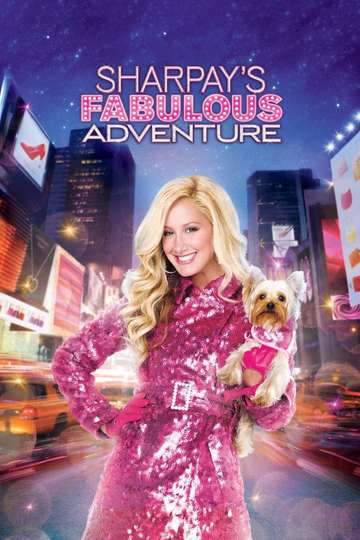 Want to behold the glory that is 'Sharpay's Fabulous Adventure' on your TV, phone, or tablet? Tracking down a streaming service to buy, rent, download, or view the Michael Lembeck-directed movie via subscription can be confusing, so we here at Moviefone want to do right by you.

We've listed a number of streaming and cable services - including rental, purchase, and subscription choices - along with the availability of 'Sharpay's Fabulous Adventure' on each platform when they are available. Now, before we get into all the details of how you can watch 'Sharpay's Fabulous Adventure' right now, here are some finer points about the Princessa Productions, Borden & Rosenbush Entertainment music flick.

Released April 19th, 2011, 'Sharpay's Fabulous Adventure' stars Ashley Tisdale, Austin Butler, Cameron Goodman, Bradley Steven Perry The G movie has a runtime of about 1 hr 30 min, and received a user score of 60 (out of 100) on TMDb, which collated reviews from 496 well-known users.

You probably already know what the movie's about, but just in case... Here's the plot: "After a talent scout spots her performing with her dog Boi at a charity gala, Sharpay Evans sets off for the bright lights of NYC, convinced instant fame and fortune are in the bag. But theatre's a dog-eat-dog world. Fortunately, Sharpay also meets Peyton, a handsome student filmmaker who finds Sharpay nearly as fascinating as she finds herself."

Hannah Montana: The Movie
"She has the best of both worlds... Now, she has to choose just one."
Starstruck
Zapped
"Boys will be boys... but better"
16 Wishes
"Everyone's sweet 16 is special, Abby's is magical."