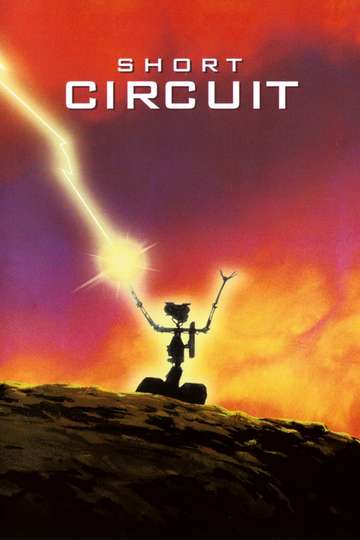 Looking to feast your eyes on 'Short Circuit' in the comfort of your own home? Tracking down a streaming service to buy, rent, download, or view the John Badham-directed movie via subscription can be a challenge, so we here at Moviefone want to do the work for you.

Read on for a listing of streaming and cable services - including rental, purchase, and subscription options - along with the availability of 'Short Circuit' on each platform when they are available. Now, before we get into the fundamentals of how you can watch 'Short Circuit' right now, here are some details about the David Foster Productions, TriStar Pictures, PSO comedy flick.

Released May 9th, 1986, 'Short Circuit' stars Ally Sheedy, Steve Guttenberg, Fisher Stevens, Austin Pendleton The PG movie has a runtime of about 1 hr 38 min, and received a user score of 66 (out of 100) on TMDb, which collated reviews from 1,214 well-known users.

Curious to know what the movie's about? Here's the plot: "After a lightning bolt zaps a robot named Number 5, the lovable machine starts to think he's human and escapes the lab. Hot on his trail is his designer, Newton, who hopes to get to Number 5 before the military does. In the meantime, a spunky animal lover mistakes the robot for an alien and takes him in, teaching her new guest about life on Earth."

WarGames
"Is it a game, or is it real?"
Betrayed
"M-G-M filmed the mystery of the year in Holland!"
Bicentennial Man
"One robot's 200 year journey to become an ordinary man."
3 Men and a Baby
"They changed her diapers. She changed their lives."
Starship Troopers
"The only good bug is a dead bug."
Stargate
"It will take you a million light years from home. But will it bring you back?"
The Curse of the Cat People
"A tender tale of terror!"
Innerspace
"This summer take a trip you'll never forget."
Cocoon
"Beyond the innocence of youth, and the wisdom of age, lies the wonder of... Cocoon"
Star Trek II: The Wrath of Khan
"At the end of the universe lies the beginning of vengeance."
The Leopard Man
"Woman alone the victims of strange, savage killer!"
I Walked with a Zombie
"See this strange, strange story of a woman whose lure set brother against brother; whose love caused hate—and whose beauty bowed to the will of an evil spell in whose power we must refuse to believe—EVEN IF IT'S TRUE!"
RoboCop
"Part man. Part machine. All cop. The future of law enforcement."
Howard the Duck
"You will believe that a duck can talk."
Short Circuit 2
"The adventures of America's most electric leading man continue."
The Last Starfighter
"He didn't find his dreams... his dreams found him."
Roxanne
"Roxanne dreamed of a handsome, intelligent, romantic man. C.D. Bales is two out of three… but looks aren't everything!"
SpaceCamp
"The stars belong to a new generation."