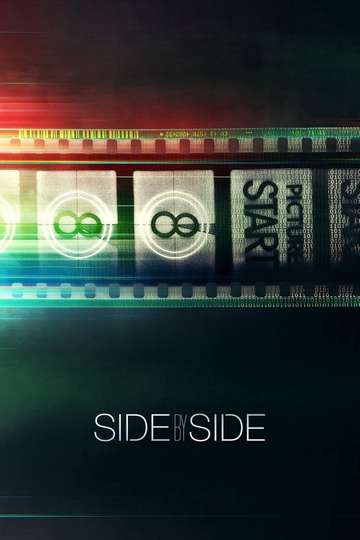 Side by Side (2012)Stream and Watch Online

Fancy watching 'Side by Side' in the comfort of your own home? Searching for a streaming service to buy, rent, download, or view the Christopher Kenneally-directed movie via subscription can be tricky, so we here at Moviefone want to do the heavy lifting.

We've listed a number of streaming and cable services - including rental, purchase, and subscription options - along with the availability of 'Side by Side' on each platform when they are available. Now, before we get into the nitty-gritty of how you can watch 'Side by Side' right now, here are some particulars about the Company Films documentary flick.

Released August 19th, 2012, 'Side by Side' stars Keanu Reeves, Martin Scorsese, James Cameron, David Fincher The NR movie has a runtime of about 1 hr 39 min, and received a user score of 73 (out of 100) on TMDb, which collated reviews from 250 knowledgeable users.

Curious to know what the movie's about? Here's the plot: "Since the invention of cinema, the standard format for recording moving images has been film. Over the past two decades, a new form of digital filmmaking has emerged, creating a groundbreaking evolution in the medium. Keanu Reeves explores the development of cinema and the impact of digital filmmaking via in-depth interviews with Hollywood masters, such as James Cameron, David Fincher, David Lynch, Christopher Nolan, Martin Scorsese, George Lucas, Steven Soderbergh, and many more."

'Side by Side' is currently available to rent, purchase, or stream via subscription on Google Play Movies, Vudu, Amazon Video, YouTube, Tubi TV, The Roku Channel, Pluto TV, and Plex .

'Side by Side' Release Dates

The Dark Knight
"Welcome to a world without rules."
The Matrix
"Welcome to the Real World."

Prometheus
"The Search for Our Beginning Could Lead to Our End."

Inception
"Your mind is the scene of the crime."

Her
"A Spike Jonze Love Story"