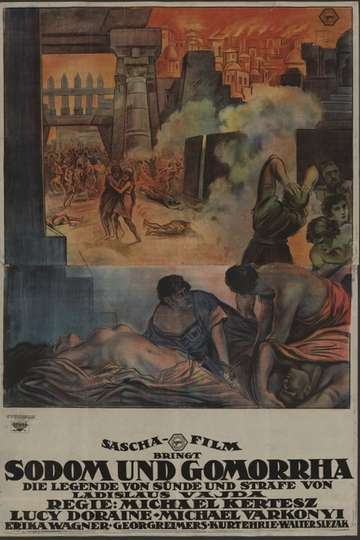 TMDb Score
58
NR 2 hr 30 minDrama
Exposed to bad influences since childhood, Mary, a young girl is pushed by her mother to approach an elderly banker by the name of Harber. After almost driving her fiancee to suicide and seducing his mentally-ill son, she realizes through a metaphorical dream the scope of her negligence. Sentenced to prison for incitement to murder Harber, she sees herself as a parallel figure to Lea, Lot's wife in Sodom, where the Angel of the Lord warns the sinful citizens of the city of their impending doom. Lea oppresses the angel and eventually turns it over to the pagan priests when her sexual advances to it are rejected. In another dream sequence, Mary becomes the Queen of Syria, whose oppressed people turn against her and who, in turn, condemns a young man who loves her to death. Finally, her dream returns to the present time and when she awakens, she runs back to her former lover.
Show More
DirectorMichael Curtiz
StarringGeorg ReimersVictor VarconiLucy Doraine
Full Cast & Crew