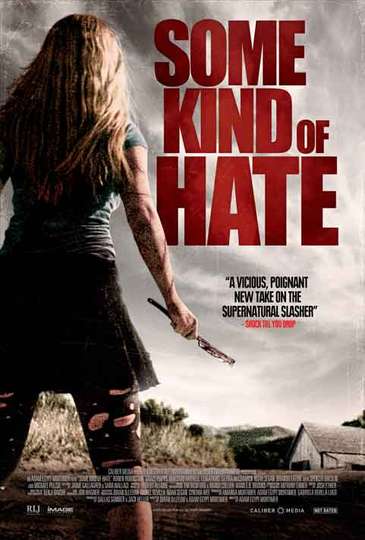 Some Kind of Hate (2015)Stream and Watch Online Want to behold the glory that is 'Some Kind of Hate' on your TV, phone, or tablet? Discovering a streaming service to buy, rent, download, or view the Adam Egypt Mortimer-directed movie via subscription can be challenging, so we here at Moviefone want to take the pressure off.

Read on for a listing of streaming and cable services - including rental, purchase, and subscription choices - along with the availability of 'Some Kind of Hate' on each platform. Now, before we get into the nitty-gritty of how you can watch 'Some Kind of Hate' right now, here are some finer points about the Revek Entertainment, Caliber Media Company horror flick.

Released May 2nd, 2015, 'Some Kind of Hate' stars Grace Phipps, Sierra McCormick, Lexi Atkins, Spencer Breslin The movie has a runtime of about 1 hr 22 min, and received a user score of 46 (out of 100) on TMDb, which put together reviews from 95 top users.

Interested in knowing what the movie's about? Here's the plot: "When troubled teen Lincoln is subjected to severe bullying, he accidentally conjures the vengeful ghost of Moira Karp. Once a teenage girl pushed to suicide, Moira is now an unstoppable force on a mission of gruesome retribution. But when she goes too far, Lincoln must prevent her from spiraling out of control."

Oculus
A woman tries to exonerate her brother's murder conviction by proving...

The Descent
After a tragic accident, six friends reunite for a caving expedition....

Crimson Peak
In the aftermath of a family tragedy, an aspiring author is torn betwe...

The Visit
A brother and sister are sent to their grandparents' remote Pennsylvan...

Tale of Tales
The Queen of Selvascura risks everything to be a mother; the King of R...

Split
Though Kevin has evidenced 23 personalities to his trusted psychiatris...