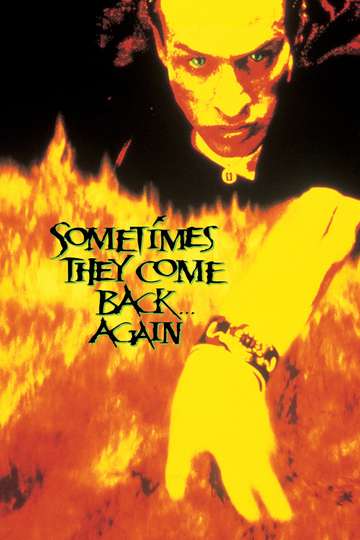 "True evil never dies."
TMDb Score
50
R 1 hr 38 minSep 3rd, 1996Horror
Jon Porter returns to his hometown after the sudden and bizarre death of his mother. He hopes to leave as soon as the funeral is over but it's too late. The sinister forces that caused his sister's brutal murder 30 years ago are back. Jon knows the nightmare can't continue. He must stand up to his fear and exorcise the demons who have risen again to take posession of his beautiful teenage daughter - body and soul.
Show More
DirectorAdam Grossman
StarringMichael GrossAlexis ArquetteHilary Swank
Where to WatchFull Cast & Crew

Sometimes They Come Back
Based on a short story by Stephen King, a man and his family return to...

Sleepwalkers
Charles Brady and his mother, Mary, are the last of a dying breed whos...

Pet Sematary II
The "sematary" is up to its old zombie-raising tricks again. This time...

The Dead Zone
Johnny Smith is a schoolteacher with his whole life ahead of him but,...

Allan Quatermain and the Lost City of Gold
After his brother Robeson disappears without a trace while exploring A...

Graveyard Shift
John Hall is a drifter who wanders into a small town in Maine. He need...

The Night Flier
Two investigative reporters for a tabloid magazine track down across c...