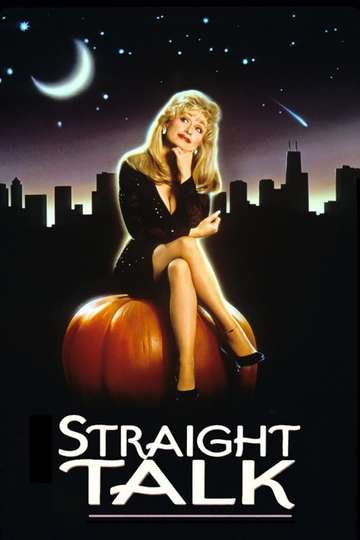 Fancy watching 'Straight Talk' on your TV, phone, or tablet? Searching for a streaming service to buy, rent, download, or watch the Barnet Kellman-directed movie via subscription can be a challenge, so we here at Moviefone want to help you out.

Read on for a listing of streaming and cable services - including rental, purchase, and subscription alternatives - along with the availability of 'Straight Talk' on each platform when they are available. Now, before we get into the fundamentals of how you can watch 'Straight Talk' right now, here are some particulars about the Hollywood Pictures, Sandollar Productions comedy flick.

Released April 3rd, 1992, 'Straight Talk' stars Dolly Parton, James Woods, Griffin Dunne, Michael Madsen The PG movie has a runtime of about 1 hr 31 min, and received a user score of 61 (out of 100) on TMDb, which put together reviews from 51 well-known users.

What, so now you want to know what the movie's about? Here's the plot: "Honest and straightforward small-town Shirlee Kenyon chucks her boyfriend and heads for Chicago. Accidentally having to host a radio problem phone-in show, it is clear she is a natural and is hired on the spot. But the station insists she call herself Doctor, and as her popularity grows a local reporter starts digging for the truth. Problem is, the more he is around her the more he fancies her."