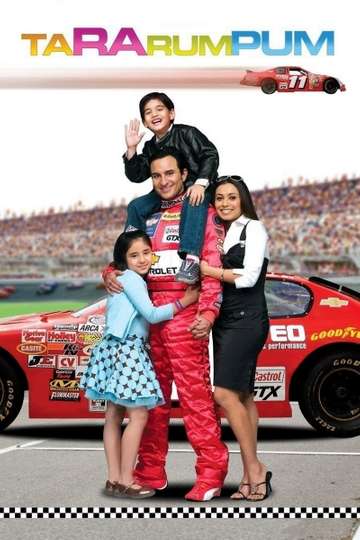 TMDb Score
61
NR 2 hr 36 minFamily, Romance, Comedy
A poor New York resident, who is of Indian origin, dreams of becoming a fast car race driver. He endeavors, and his efforts are rewarded when he selected by a little-known group called 'RACING SADDLES'. He joins them and soon becomes their ace race driver. This man, whose name is Rajveer, then meets with a rich American woman, also of Indian origin, whose name is Radhika. Both fall in love with each other. They cannot get married, because Radhika's family hates Rajveer mainly because he is very poor. But Radhika is very stubborn, so she marries him. She loses all her rights to her family's wealth. They get married and become parents of two children. They also become very rich. Then Rajveer has an accident which changes their lives forever. They get into debt and stand to lose everything. Will Radhika be forced to return back to her family?
Show More
DirectorSiddharth Anand
StarringSaif Ali KhanRani MukerjiJaved Jaffrey
Where to WatchFull Cast & Crew

Ghajini
A man suffering from anterograde amnesia as a result of a violent atta...

Paheli
Kishanlal marries the beautiful Lachchi, but the day after the wedding...

Dhoom 2
Jai and Ali return, this time on the trail of an international thief w...

Main Hoon Na
An army major goes undercover as a college student. His mission is bot...

Rab Ne Bana Di Jodi
A lonely 40-ish man, likely to remain a bachelor, has a chance to find...

Taare Zameen Par
Ishaan Awasthi is an eight-year-old whose world is filled with wonders...