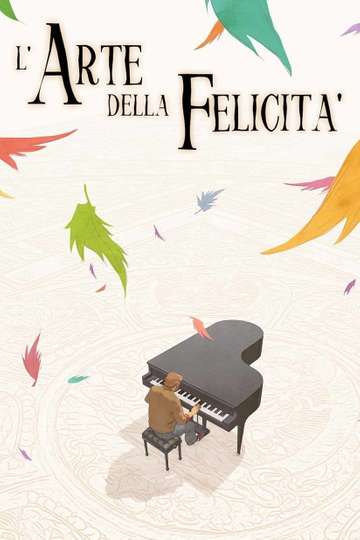 The Art of Happiness

Sergio driving a taxi in a white Naples overflowing sadness and garbage. Pouring rain leads her clients through the city trying to process the death of his brother, who started ten years earlier for Tibet and never returned. A pop singer, a recycler of fragments of life, a radio announcer, an old uncle, alternate seats on its bearing, each in its own way, a trace of his brother loved. Stubborn not to go over and get lost in an endless race, Sergio is overwhelmed by memories and the music produced in pairs with Alfredo, which in Buddhism and in its foundations had found the strength to cope with the disease. Those notes that he believed buried and laid to always return overbearing and demanding a soundboard that resonate and express his being sound. Putting his hand on the piano, Sergio Alfredo feel again, giving the past with the present and realizing itself in the feeling.

The Lego Movie
An ordinary Lego mini-figure, mistakenly thought to be the extraordina...

They Call Me Jeeg
After accidentally coming into contact with radioactive waste, small-t...

Mr. Holmes
The story is set in 1947, following a long-retired Holmes living in a...

Dogtooth
Three teenagers are confined to an isolated country estate that could...

When Marnie Was There
Upon being sent to live with relatives in the countryside due to an il...

The Wrestler
Aging wrestler Randy "The Ram" Robinson is long past his prime but sti...

The Boy and the Beast
Kyuta, a boy living in Shibuya, and Kumatetsu, a lonesome beast from J...