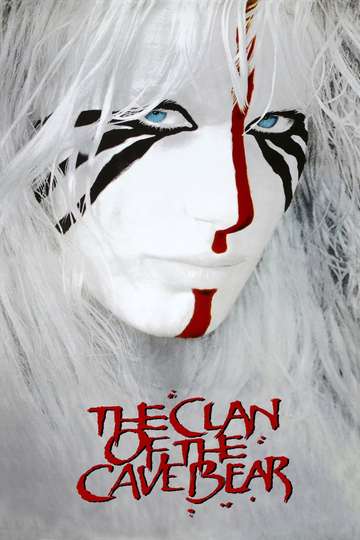 The Clan of the Cave Bear (1986)Stream and Watch Online

Yearning to watch 'The Clan of the Cave Bear' on your TV or mobile device at home? Hunting down a streaming service to buy, rent, download, or watch the Michael Chapman-directed movie via subscription can be tricky, so we here at Moviefone want to take the pressure off.

Read on for a listing of streaming and cable services - including rental, purchase, and subscription alternatives - along with the availability of 'The Clan of the Cave Bear' on each platform when they are available. Now, before we get into the fundamentals of how you can watch 'The Clan of the Cave Bear' right now, here are some details about the Warner Bros. Pictures, PSO, The Guber-Peters Company, Jonesfilm, The Jozak Company, Decade drama flick.

Released January 17th, 1986, 'The Clan of the Cave Bear' stars Daryl Hannah, Pamela Reed, James Remar, Thomas G. Waites The R movie has a runtime of about 1 hr 38 min, and received a user score of 51 (out of 100) on TMDb, which put together reviews from 95 knowledgeable users.

Interested in knowing what the movie's about? Here's the plot: "Natural changes have the clans moving. Iza, medicine woman of the "Clan of the Cave Bear" finds little Ayla from the "others"' clan - tradition would have the clan kill Ayla immediately, but Iza insists on keeping her. When the little one finds a most needed new cave, she's allowed to stay - and thrive."

'The Clan of the Cave Bear' is currently available to rent, purchase, or stream via subscription on Apple iTunes, Microsoft Store, Redbox, Google Play Movies, Amazon Video, Vudu, and YouTube .

'The Clan of the Cave Bear' Release Dates