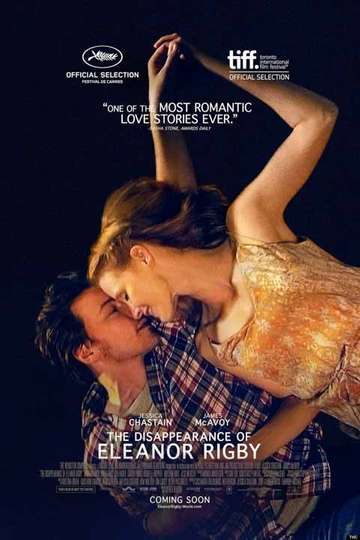 The Disappearance of Eleanor Rigby: Them (2014)Stream and Watch Online

Looking to watch 'The Disappearance of Eleanor Rigby: Them' on your TV, phone, or tablet? Finding a streaming service to buy, rent, download, or watch the Ned Benson-directed movie via subscription can be a challenge, so we here at Moviefone want to do right by you.

We've listed a number of streaming and cable services - including rental, purchase, and subscription choices - along with the availability of 'The Disappearance of Eleanor Rigby: Them' on each platform. Now, before we get into the various whats and wheres of how you can watch 'The Disappearance of Eleanor Rigby: Them' right now, here are some finer points about the Myriad Pictures, Unison Films, Kim and Jim Productions, Division Films, Dreambridge Films drama flick.

Released September 12th, 2014, 'The Disappearance of Eleanor Rigby: Them' stars Jessica Chastain, James McAvoy, Bill Hader, Viola Davis The R movie has a runtime of about 1 hr 59 min, and received a user score of 62 (out of 100) on TMDb, which collated reviews from 237 respected users.

You probably already know what the movie's about, but just in case... Here's the plot: "A New York couple's relationship is tested after the loss of their child. This film is the wide-released combination of the original two :him and :her volumes that premiered at the Cannes Film Festival."

Becoming Jane
A biographical portrait of a pre-fame Jane Austen and her romance with...

The Conspirator
Mary Surratt is the lone female charged as a co-conspirator in the ass...

Get on Up
A chronicle of James Brown's rise from extreme poverty to become one o...

The Disappearance of Eleanor Rigby: Her
Told from the female perspective, the story of a couple trying to recl...

My Mom is a Character 2
Dona Hermínia is back, but now rich and famous since she is the host o...

Slow West
In the Old West, a 17-year-old Scottish boy teams up with a mysterious...

The Disappearance of Eleanor Rigby: Him
Told from the male perspective, the story of a couple trying to reclai...