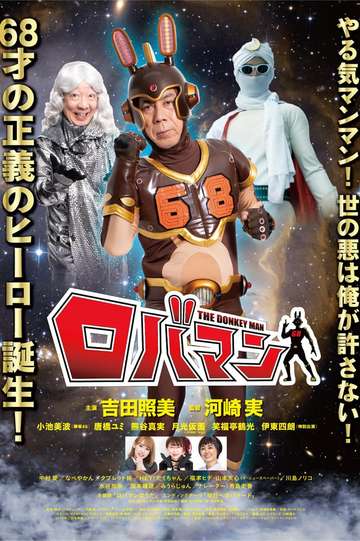 NR 1 hr 8 minComedy
An old man who has been given supernatural powers by a donkey alien plays an active role as a justice hero "Robaman". 68-year-old Yoshimura, who has passed retirement age, is living a lonely day away from his wife and away from his daughter. He reports on the radio and posts on the internet about events and accidents that make noise in the world, but in reality he can't even be alert when faced with interruptions and noisy guests. One day, when he encountered a UFO on the way of a walk, he was mistaken for a fellow by an alien who looks like a donkey.
Show More
DirectorMinoru Kawasaki
StarringTerumi YoshidaMinami KoikeShirÃ´ ItÃ´
Full Cast & Crew