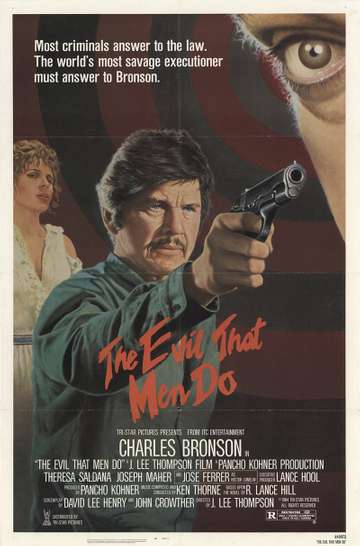 Professional killer Holland is forced out of retirement to break a Central American government's political torture ring when one of his friends, a Latin American journalist, is killed. The murderer, Doctor Clement Molloch, is the master sadist behind the political torture of innocent victims. Posing as a journalist, Holland lures Molloch out of his fortress-like headquarters by using his murdered friend's wife and daughter as bait. When Holland kidnaps Molloch's sister, the doctor is led on a wild chase that takes him to an abandoned opal mine where he finally comes face to face with Holland.

Assassination
Jay Killon is the bodyguard of the recently elected US president, but...

The White Buffalo
In this strange western version of Moby Dick, Wild Bill Hickok hunts a...

Cold Sweat
During the Korean War, Joe Moran, is convicted for striking a colonel....

Sudden Impact
When a young rape victim takes justice into her own hands and becomes...

Breach of Faith: A Family of Cops II
The family of cops is back, this time dealing with the murder of a pri...

Murphy's Law
A tough police detective escapes from custody after being framed and a...