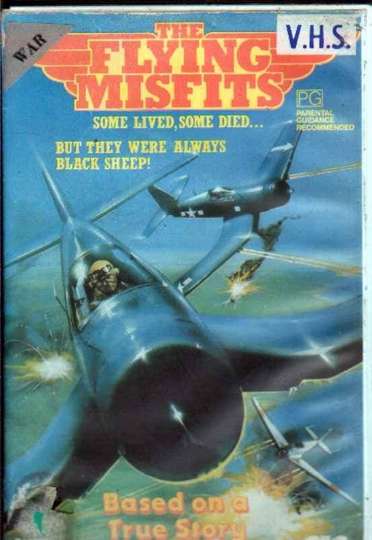 The dramatized World War II adventures of US Major Gregory "Pappy" Boyington and his Marine Attack Squadron 214, AKA The Black Sheep Squadron. The film also acted as the pilot for the television series Baa Baa Black Sheep. Former U.S. Marine pilot Greg "Pappy" Boyington is flying with the American Volunteer Group (the Flying Tigers) in China. After Pearl Harbor brings America into World War II, Greg leaves the AVG to rejoin the Marine Corps. He refuses to be relegated to a desk job and, against all military protocol, forms his own fighter squadron from a group of misfits and disciplinary cases.