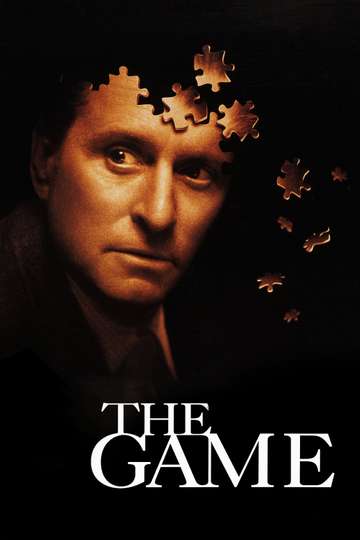 The Game (1997)Stream and Watch Online

Yearning to watch 'The Game' on your TV, phone, or tablet? Discovering a streaming service to buy, rent, download, or watch the David Fincher-directed movie via subscription can be a challenge, so we here at Moviefone want to take the pressure off.

We've listed a number of streaming and cable services - including rental, purchase, and subscription choices - along with the availability of 'The Game' on each platform. Now, before we get into the nitty-gritty of how you can watch 'The Game' right now, here are some finer points about the PolyGram Filmed Entertainment, Propaganda Films thriller flick.

Released September 12th, 1997, 'The Game' stars Michael Douglas, Sean Penn, Deborah Kara Unger, James Rebhorn The R movie has a runtime of about 2 hr 9 min, and received a user score of 76 (out of 100) on TMDb, which assembled reviews from 4,665 well-known users.

Want to know what the movie's about? Here's the plot: "In honor of his birthday, San Francisco banker Nicholas Van Orton, a financial genius and a cold-hearted loner, receives an unusual present from his younger brother, Conrad: a gift certificate to play a unique kind of game. In nary a nanosecond, Nicholas finds himself consumed by a dangerous set of ever-changing rules, unable to distinguish where the charade ends and reality begins."

Cube
A group of strangers find themselves trapped in a maze-like prison. It...

The Prestige
A mysterious story of two magicians whose intense rivalry leads them o...

The Girl with the Dragon Tattoo
This English-language adaptation of the Swedish novel by Stieg Larsson...

Donnie Darko
After narrowly escaping a bizarre accident, a troubled teenager is pla...

Identity
Complete strangers stranded at a remote desert motel during a raging s...

Falling Down
On the day of his daughter's birthday, William "D-Fens" Foster is tryi...