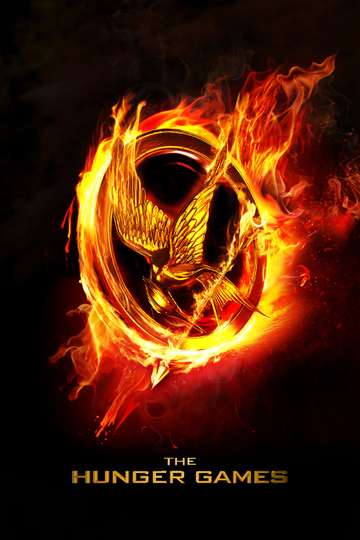 Looking to watch 'The Hunger Games' on your TV, phone, or tablet? Tracking down a streaming service to buy, rent, download, or watch the Gary Ross-directed movie via subscription can be a challenge, so we here at Moviefone want to do the heavy lifting.

Read on for a listing of streaming and cable services - including rental, purchase, and subscription alternatives - along with the availability of 'The Hunger Games' on each platform when they are available. Now, before we get into the nitty-gritty of how you can watch 'The Hunger Games' right now, here are some particulars about the Lionsgate, Color Force adventure flick.

Released March 23rd, 2012, 'The Hunger Games' stars Jennifer Lawrence, Josh Hutcherson, Liam Hemsworth, Woody Harrelson The PG-13 movie has a runtime of about 2 hr 22 min, and received a user score of 72 (out of 100) on TMDb, which assembled reviews from 19,327 experienced users.

Curious to know what the movie's about? Here's the plot: "Every year in the ruins of what was once North America, the nation of Panem forces each of its twelve districts to send a teenage boy and girl to compete in the Hunger Games. Part twisted entertainment, part government intimidation tactic, the Hunger Games are a nationally televised event in which “Tributes” must fight with one another until one survivor remains. Pitted against highly-trained Tributes who have prepared for these Games their entire lives, Katniss is forced to rely upon her sharp instincts as well as the mentorship of drunken former victor Haymitch Abernathy. If she’s ever to return home to District 12, Katniss must make impossible choices in the arena that weigh survival against humanity and life against love. The world will be watching."

Harry Potter and the Order of the Phoenix
"Evil Must Be Confronted."

Harry Potter and the Deathly Hallows: Part 1
"One Way… One Fate… One Hero."

Harry Potter and the Philosopher's Stone
"Let the magic begin."

Harry Potter and the Prisoner of Azkaban
"Something wicked this way comes."

The Hunger Games: Catching Fire
"Every revolution begins with a spark."

Harry Potter and the Chamber of Secrets
"Hogwarts is back in session."

Harry Potter and the Goblet of Fire
"Dark And Difficult Times Lie Ahead."
X-Men: First Class
"Witness the moment that will change our world."
The Hobbit: An Unexpected Journey
"From the smallest beginnings come the greatest legends."

The Hunger Games: Mockingjay - Part 2
"The fire will burn forever."