The Internet's Own Boy: The Story of Aaron Swartz - Trailer No. 1

Dec 20, 2018 - The story of programming prodigy and information activist Aaron Swartz. From Swartz's help in the development of the basic internet protocol RSS to his co-founding of Reddit, his fingerprints are all over the internet. But it was Swartz's groundbreaking work in social justice and political organizing combined with his aggressive approach to information access that ensnared him in a two year legal nightmare. It was a battle that ended with the taking of his own life at the age of 26. 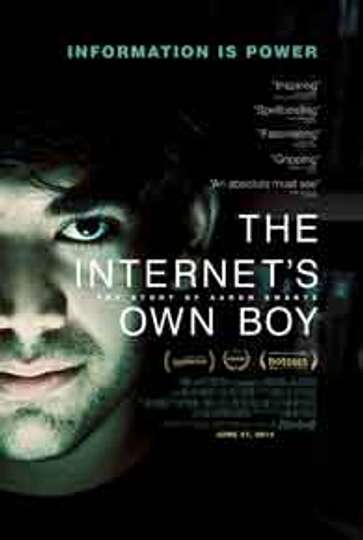 Movies Like The Internet's Own Boy: The Story of Aaron Swartz

West of Memphis
The documentary tells the hitherto unknown story behind an extraordina...

Particle Fever
As the Large Hadron Collider is about to be launched for the first tim...

The Corporation
Since the late 18th century American legal decision that the business...

Enron: The Smartest Guys in the Room
A documentary about the Enron corporation, its faulty and corrupt busi...

The Rise and Rise of Bitcoin
A documentary about the development and spread of the virtual currency...

We Are Legion: The Story of the Hacktivists
Takes us inside the world of Anonymous, the radical "hacktivist" colle...