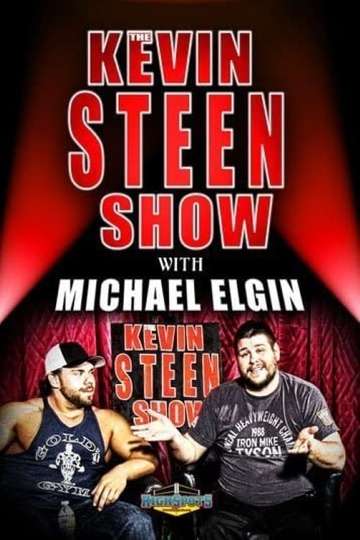 Anytime Kevin Steen talks the wrestling fans listen and always want more. Well, Highspots.com has listen to those fans that demand more and that is why we are giving you, The Kevin Steen Show. We provide Kevin with a set and camera crew and the rest is up to him. Which could ended up being a legal nightmare for us but that's what we signed up for I guess. This debut episode is a perfect example of that. Kevin decided to have Michael Elgin on as his debut guest. Steen gets Elgin to talk about a wide variety topics from his conception in Mexico to his birth which ruined his moms chances to be in the movie "Over the Top" to wearing awful wrestling gear to golden showers. So yeah, Kevin is not your run of the mill interviewers. Also, making maybe a one off appearance as Kevin's co host is, Cheeseburger. Needless to say he is no Ed McMahon but he did challenge Elgin to an arm wrestling match. Any bets on who won?