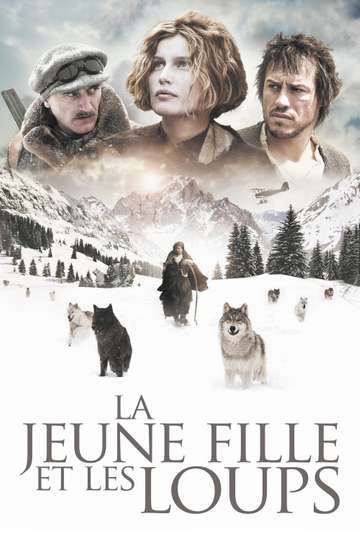 Not long before World War I, in a French Alpine town near the Italian border, a pack of slaughtered wolves is delivered to local taxidermist Leon (Patrick Chesnais). A surviving black cub comes down from the mountains looking for his family, and is saved from discovery and certain death by Leon’s young daughter Angele, who releases him back into the wild. The Great War comes and goes, making local foundry owners the Garcins rich. Family patriarch Albert Garcin (Michel Galabru), who happens to be Angele’s godfather, has given a free lifetime’s lease of a shack in the hills to a gypsy woman (played in flashbacks by Elisa Tovati in which she’s seen, literally, having dances with wolves on stage). Her son Guiseppe (Stefano Accorsi), who appears to be slightly mentally handicapped, guards the wolves he’s befriended up there, especially the black pack leader he calls Carbone.

The Twilight Saga: New Moon
Forks, Washington resident Bella Swan is reeling from the departure of...

Insurgent
Beatrice Prior must confront her inner demons and continue her fight a...

Lion
A five-year-old Indian boy gets lost on the streets of Calcutta, thous...

The New Adventures of Aladdin
A pair of losers working at department store plan to rob the place aft...

The Twilight Saga: Breaking Dawn - Part 2
After the birth of Renesmee, the Cullens gather other vampire clans in...

The Fault in Our Stars
Despite the tumor-shrinking medical miracle that has bought her a few...