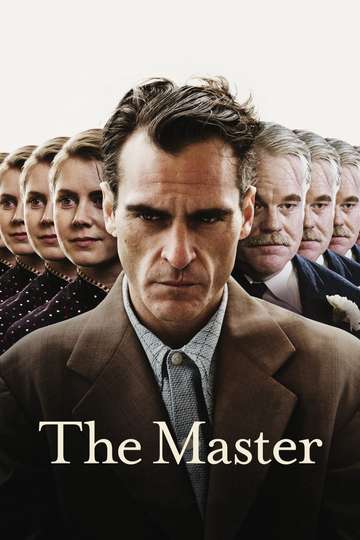 The Master (2012)Stream and Watch Online

Looking to watch 'The Master' on your TV or mobile device at home? Tracking down a streaming service to buy, rent, download, or view the Paul Thomas Anderson-directed movie via subscription can be confusing, so we here at Moviefone want to take the pressure off.

Below, you'll find a number of top-tier streaming and cable services - including rental, purchase, and subscription options - along with the availability of 'The Master' on each platform when they are available. Now, before we get into the nitty-gritty of how you can watch 'The Master' right now, here are some particulars about the Ghoulardi Film Company, The Weinstein Company, Annapurna Pictures drama flick.

Released September 14th, 2012, 'The Master' stars Joaquin Phoenix, Philip Seymour Hoffman, Amy Adams, Laura Dern The R movie has a runtime of about 2 hr 17 min, and received a user score of 72 (out of 100) on TMDb, which put together reviews from 2,461 respected users.

Want to know what the movie's about? Here's the plot: "Freddie, a volatile, heavy-drinking veteran who suffers from post-traumatic stress disorder, finds some semblance of a family when he stumbles onto the ship of Lancaster Dodd, the charismatic leader of a new "religion" he forms after World War II."

Inherent Vice
"Under the paving stones, the beach!"

Moonrise Kingdom
"A tormenting and surprising story of children and adults during the stormy days of the summer of 1965."
Raging Bull
Melancholia
"Enjoy it while it lasts"
The Tree of Life
"Nothing stands still."

A Serious Man
"…seriously!"
Punch-Drunk Love
"You can go to places in the world with pudding."
Submit to Me