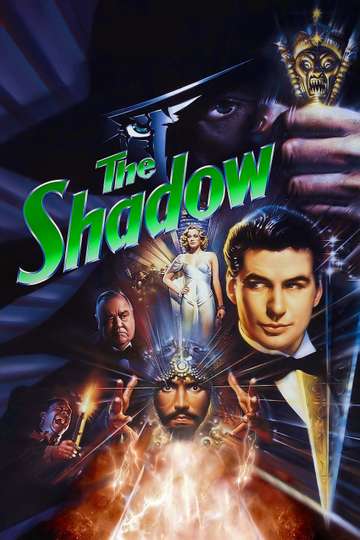 "The Shadow Knows!"
TMDb Score
60
PG-13 1 hr 48 minJul 1st, 1994Fantasy, Science Fiction, Action, Adventure, Thriller
Based on the 1930's comic strip, puts the hero up against his arch enemy, Shiwan Khan, who plans to take over the world by holding a city to ransom using an atom bomb. Using his powers of invisibility and "The power to cloud men's minds", the Shadow comes blazing to the city's rescue with explosive results.
Show More
DirectorRussell Mulcahy
StarringAlec BaldwinJohn LonePenelope Ann Miller
Where to WatchFull Cast & CrewNewsBuy DVD

Timecop
An officer for a security agency that regulates time travel, must fend...

Deep Rising
A group of heavily armed hijackers board a luxury ocean liner in the S...

Johnny Mnemonic
In a dystopian 2021, Johnny is a data trafficker who has an implant th...

Highlander III: The Sorcerer
Starts off in the 15th century, with Connor McLeod training with anoth...

Cutthroat Island
Morgan Adams and her slave, William Shaw, are on a quest to recover th...

Red Planet
Astronauts search for solutions to save a dying Earth by searching on...