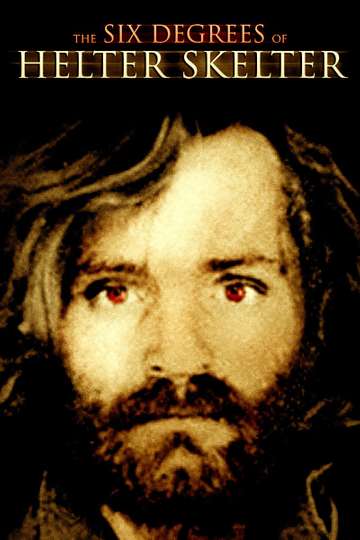 The Six Degrees of Helter Skelter (2009)Stream and Watch Online

Want to watch 'The Six Degrees of Helter Skelter' on your TV, phone, or tablet? Searching for a streaming service to buy, rent, download, or watch the Mike Dorsey-directed movie via subscription can be difficult, so we here at Moviefone want to do right by you.

Read on for a listing of streaming and cable services - including rental, purchase, and subscription choices - along with the availability of 'The Six Degrees of Helter Skelter' on each platform when they are available. Now, before we get into the nitty-gritty of how you can watch 'The Six Degrees of Helter Skelter' right now, here are some particulars about the Tenacity Entertainment documentary flick.

Released January 1st, 2009, 'The Six Degrees of Helter Skelter' stars Scott Michaels, Charles Manson The movie has a runtime of about 1 hr 45 min, and received a user score of 75 (out of 100) on TMDb, which put together reviews from 36 top users.

You probably already know what the movie's about, but just in case... Here's the plot: "Entertainingly led by famous Hollywood historian Scott Michaels, this epic documentary employs never-before-seen autopsy reports, dozens of rare photographs, original Manson Family music recordings, and modern-day visits to the locations where the action went down, in the most complete retelling of the Manson Murders ever put on film." .

To Be Takei
"A star’s trek for life, liberty, and love."

Rent: Filmed Live on Broadway
"Rent's final performance on Broadway."
Miranda Sings Live... Your Welcome
"Get ready to have your minds freakin' blown"
Fyre Fraud
Gilbert
"a Gilbert Gottfried story"
The Haunting of Sharon Tate
"Based on a True Story of one of the most Horrific Murders in History"
Leaving Neverland: ProSieben Spezial
Best Worst Movie
"The Story Behind The Worst Movie Ever Made - Troll 2"
Helter Skelter
"How did one man turn all-American teens into cold-blooded killers?"
Transformer
Live in Front of a Studio Audience: Norman Lear's "All in the Family" and "The Jeffersons"
Peter Pan