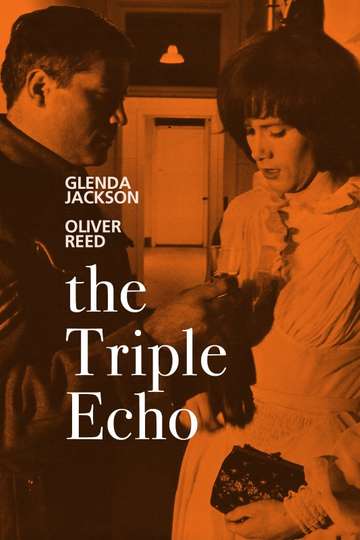 Watch on The Roku Channel

The Triple EchoStream and Watch Online

Want to behold the glory that is 'The Triple Echo' on your TV or mobile device at home? Finding a streaming service to buy, rent, download, or watch the Michael Apted-directed movie via subscription can be a challenge, so we here at Moviefone want to take the pressure off.

Read on for a listing of streaming and cable services - including rental, purchase, and subscription alternatives - along with the availability of 'The Triple Echo' on each platform. Now, before we get into the fundamentals of how you can watch 'The Triple Echo' right now, here are some specifics about the Senta Productions, Hemdale war flick.

Released , 'The Triple Echo' stars Glenda Jackson, Oliver Reed, Brian Deacon, Anthony May The movie has a runtime of about 1 hr 37 min, and received a user score of 69 (out of 100) on TMDb, which compiled reviews from 9 top users.

You probably already know what the movie's about, but just in case... Here's the plot: "After her husband is captured during WWII, homesteader Alice is forced to maintain their land herself. One day, a wandering soldier named Barton stops by the farm and the pair begin a relationship. When the military police pass through the area looking for deserters, Barton is forced to disguise himself as a woman to stay with Alice. But he soon catches the eye of a sergeant posted nearby."

'The Triple Echo' is currently available to rent, purchase, or stream via subscription on The Roku Channel .