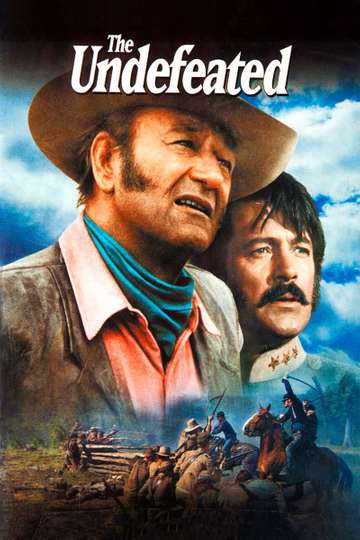 "Across 2000 Miles Of Savage Wasteland... They Lived A Thundering Adventure That Rocked Two Nations!"
TMDb Score
62
PG 1 hr 59 minOct 4th, 1969Western
After the Civil War, ex-Union Colonel John Henry Thomas and ex-Confederate Colonel James Langdon are leading two disparate groups of people through strife-torn Mexico. John Henry and company are bringing horses to the unpopular Mexican government for $35 a head while Langdon is leading a contingent of displaced southerners, who are looking for a new life in Mexico after losing their property to carpetbaggers. The two men are eventually forced to mend their differences in order to fight off both bandits and revolutionaries, as they try to lead their friends and kin to safety.
Show More
DirectorAndrew V. McLaglen
StarringJohn WayneRock HudsonAntonio Aguilar
Where to WatchFull Cast & CrewNewsBuy DVD

The Cowboys
When his cattlemen abandon him for the gold fields, rancher Wil Anders...

The Train Robbers
A gunhand named Lane is hired by a widow, Mrs. Lowe, to find gold stol...

The Searchers
As a Civil War veteran spends years searching for a young niece captur...

High Plains Drifter
A gunfighting stranger comes to the small settlement of Lago. After gu...