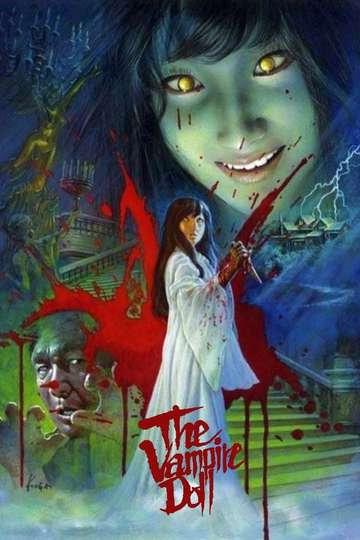 A young man travels out into the countryside to meet his fiance, Yuko. When he arrives at the secluded house he is told by her mother that she has died in a car accident. He spends the night at the house and hears some strange sounds at night, even seeing someone that looks just like his dead love. Later he sees Yuko outside the house and follows her to a grave with her name. Cut to some days later where the young mans sister is worried since she hasnt heard from him in some time. She persuades her boyfriend to take her to the house, but is told that he already left. For the sake of proper plot development she doesnt believe Yukos mother and fakes the car breaking down so that they can investigate what really happened.

Lake of Dracula
A doctor investigates the murders of several women at a lakeside resor...

Ebirah, Horror of the Deep
Searching for his brother, Ryota stows away on a boat belonging to a c...

Godzilla vs. Biollante
After the previous Godzilla attack, a miniature arms race ensues to co...

Godzilla: Tokyo S.O.S.
Mothra and her fairies return to Japan to warn mankind that they must...

Godzilla: Final Wars
Humanity final rids themselves of Godzilla, in-prisoning him in an icy...

Godzilla vs. Mothra
Mothra's dark counterpart, Battra, emerges to eliminate humanity on be...

All Monsters Attack
Ichiro Miki is a child living in the industrial district of Kawasaki,...