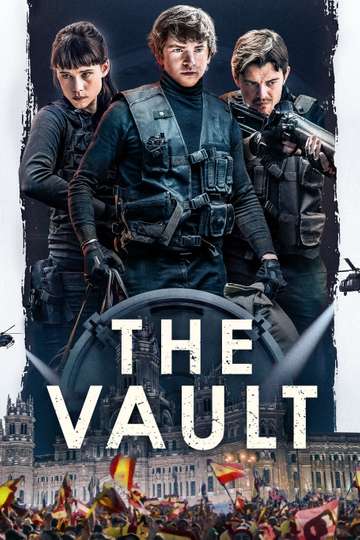 The Vault (2021)Stream and Watch Online Fancy watching 'The Vault' in the comfort of your own home? Hunting down a streaming service to buy, rent, download, or view the Jaume BalaguerÃ³-directed movie via subscription can be challenging, so we here at Moviefone want to take the pressure off.

We've listed a number of streaming and cable services - including rental, purchase, and subscription choices - along with the availability of 'The Vault' on each platform. Now, before we get into the various whats and wheres of how you can watch 'The Vault' right now, here are some particulars about the Ciudadano Ciskul, El Tesoro de Drake AIE, Telecinco Cinema, Think Studio, Saban Films action flick.

Released March 26th, 2021, 'The Vault' stars Freddie Highmore, Astrid Bergès-Frisbey, Sam Riley, Liam Cunningham The R movie has a runtime of about 1 hr 58 min, and received a user score of 71 (out of 100) on TMDb, which assembled reviews from 425 knowledgeable users.

Curious to know what the movie's about? Here's the plot: "When an engineer learns of a mysterious, impenetrable fortress hidden under The Bank of Spain, he joins a crew of master thieves who plan to steal the legendary lost treasure locked inside while the whole country is distracted by Spain's World Cup Final. With thousands of soccer fans cheering in the streets, and security forces closing in, the crew have just minutes to pull off the score of a lifetime."

Tom Clancy's Without Remorse
When a squad of Russian soldiers kills his family in retaliation for h...

Occupation: Rainfall
Two years into an intergalactic invasion of Earth, survivors in Sydney...

Seobok
A former intelligence agent gets involved with the first human clone,...

Under Wraps
Three friends try to save their mummified friend, Harold, from greedy...

'The Good Doctor' Loses Another Series Regular for Season 2