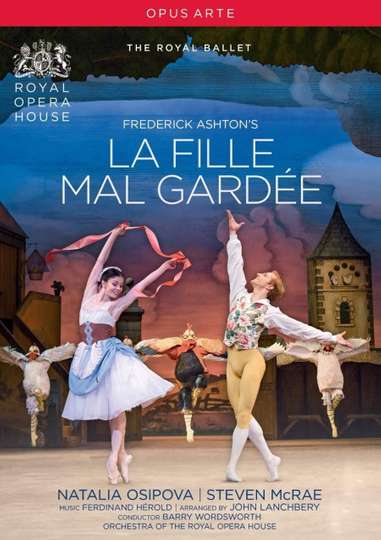 The Wayward Daughter (The Royal Ballet)

"Frederick Ashton’s joyful ballet The Wayward Daughter contains some of his most brilliant choreography."
NR 2 hr 15 min
A classic of The Royal Ballet, La Fille mal gardée was an immediate hit with the British public. Choreographed by Frederick Ashton in 1960, it is a highly lyrical and technically demanding take on the simple tale of ‘love revailing’ which underpins this charming story. It was created by French ballet master Jean Dauberval and was first danced in 1789. This 2015 revival is a ‘company triumph’ (Independent), with principals Natalia Osipova and Steven McRae creating terrific onstage chemistry and delivering outstanding solo performances – Osipova as a ‘perky and gamine Lise’ with ‘pin-drop precise’ phrasing (Guardian), and McRae an instantly likeable, playful Colas whose physical articulation is ‘particularly Ashtonian’ in quality (Daily Telegraph). They are joined by Philip Mosley as Widow Simone, who brings ‘music-hall gusto’ (Independent) to the famous clog dance of Act I.
Show More
StarringNatalia OsipovaSteven McRaePaul Kay
Full Cast & Crew