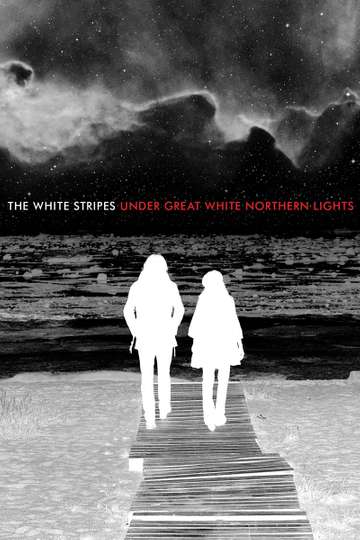 Looking to watch 'The White Stripes: Under Great White Northern Lights' in the comfort of your own home? Hunting down a streaming service to buy, rent, download, or watch the Emmett Malloy-directed movie via subscription can be a huge pain, so we here at Moviefone want to do the work for you.

Released January 1st, 2009, 'The White Stripes: Under Great White Northern Lights' stars Jack White, Meg White The movie has a runtime of about 1 hr 33 min, and received a user score of 71 (out of 100) on TMDb, which assembled reviews from 23 respected users.

Want to know what the movie's about? Here's the plot: "In 2007 the legendary American duo White Stripes toured Canada. Besides playing the usual venues they challenged themselves and played in buses, cafés and for Indian tribal elders. Music video director Emmett Malloy followed the band and managed to capture both the special tour, extraordinary concert versions of the band's minimalist, raw, blues-inspired rock songs and the special relationship between the extroverted Jack White and the introspective Meg White - a formerly married couple who for a long time claimed to be siblings. The film makes striking use of the band's concert colors: red, white and black."

'The White Stripes: Under Great White Northern Lights' is currently available to rent, purchase, or stream via subscription on Apple iTunes, and Amazon Video .