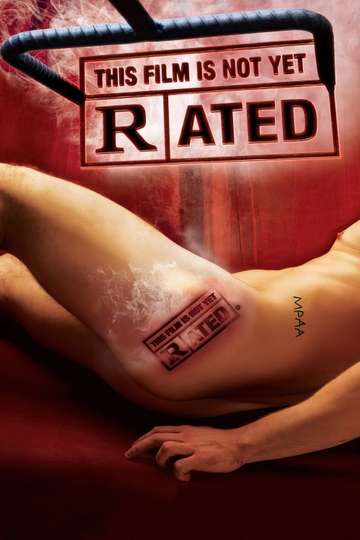 This Film Is Not Yet Rated (2006)Stream and Watch Online

Yearning to watch 'This Film Is Not Yet Rated' on your TV or mobile device at home? Hunting down a streaming service to buy, rent, download, or view the Kirby Dick-directed movie via subscription can be a challenge, so we here at Moviefone want to help you out.

Below, you'll find a number of top-tier streaming and cable services - including rental, purchase, and subscription alternatives - along with the availability of 'This Film Is Not Yet Rated' on each platform when they are available. Now, before we get into the nitty-gritty of how you can watch 'This Film Is Not Yet Rated' right now, here are some particulars about the BBC, Independent Film Channel documentary flick.

Released January 26th, 2006, 'This Film Is Not Yet Rated' stars Kimberly Peirce, Jon Lewis, David Ansen, Martin Garbus The NC-17 movie has a runtime of about 1 hr 38 min, and received a user score of 71 (out of 100) on TMDb, which compiled reviews from 292 respected users.

You probably already know what the movie's about, but just in case... Here's the plot: "Kirby Dick's provocative documentary investigates the secretive and inconsistent process by which the Motion Picture Association of America rates films, revealing the organization's underhanded efforts to control culture. Dick questions whether certain studios get preferential treatment and exposes the discrepancies in how the MPAA views sex and violence." .

'This Film Is Not Yet Rated' Release Dates

Finding Nemo
"There are 3.7 trillion fish in the ocean. They're looking for one."
Final Destination
"No accidents. No coincidences. No escapes."

Zodiac
"There's more than one way to lose your life to a killer."

Tropic Thunder
"Get Some."
American Psycho
"I think my mask of sanity is about to slip."

The Incredibles
"No gut, no glory"

Inception
"Your mind is the scene of the crime."

Burn After Reading
"Intelligence is relative."
Donnie Darko
"28 days, 6 hours, 42 minutes, 12 seconds... that is when the world will end."